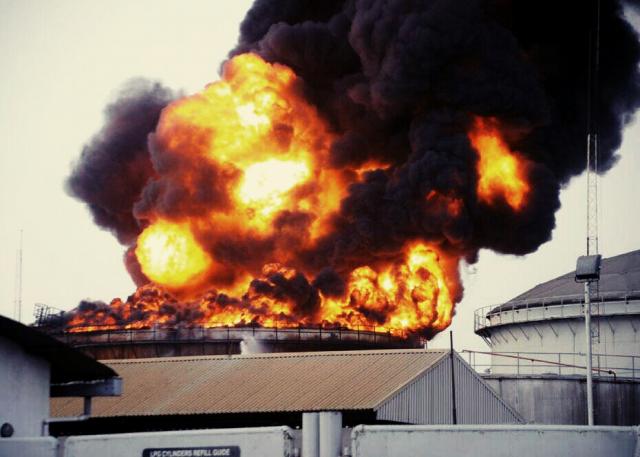 An Oando tank farm Terminal 1 managed by OVH Energy, at  Gaskiya Road, Ijora Badia, in Apapa, Lagos, was on Thursday, gutted by fire.

Eye witnesses told Vanguard that the fire might have been caused by the on-going welding works around the facility.

But confirming the fire incident, OVH Energy which handles the Oando retail brand, said the fire appeared to have come from one of the tanks.

OVH said: “Safety remains our priority at OVH Energy as we operate under high safety standards to curb incidences of fire outbreaks, and other health and safety risks from happening at any of our stations.”

Oando sold its downstream business to OVH in 2015, although the branding remained the same

Firefighters, including Federal Fire, LASG Fire, Nigerian Navy Fire, Nigerian Police, and Forte Oil Fire Service, according to Vanguard, were still battling the inferno to curtail it from escalating to other tanks in the depot.