On May 29th, President Muhammadu Buhari’s first term came to an end and he assumed office for another term of four years. Buhari’s first four years was dominated, among other things, by accusations of marginalization and nepotism, especially by people of the South East Geopolitical Zone, and indeed the entire Southern and Middle Belt Nigeria.

Unsettling for many Nigerians particularly, was the seeming dominance of the country’s security and intelligence architecture by the President’s Muslim Hausa/Fulani North. An arrangement, Akogun Tola Adeniyi, convener, G9, a group of Southern and Middle Belt opinion leaders, and the former Managing Director of the Daily Times, said is “Military dictatorship”. According to him, the president has been running one sided government since he “populated the entire Security apparatus of the state with his kinsmen and cronies.”

The angst against the president had been further compounded by the growing insecurity, especially as it concerns activities of herdsmen and his seeming inaction.

Ahead of the anticipated swearing in of the president few days ago, notable Southern leaders, including Second Republic Senator and Professor emeritus of history, Banji Akintoye; Chieftain of Ohanaeze Ndigbo and president emeritus of Aka Ikenga, Chief Goddy Uwazurike, Afenifere Chieftain, Senator Femi Okunronmu, among others, in their interactions with our correspondents, demanded that the president makes a change in his second term and ensure that security and other appointments have more spread in line with the constitution. 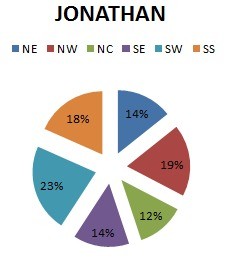 “Section 14 (3) provides that the composition of the government of the federation or any of its agencies, and the conduct of its affairs shall be in such a manner as to reflect the federal character of Nigeria and to command national loyalty by ensuring that there is no predominance of persons from one sectional group,” Chief Uwazurike had noted.

“As it is, the government of today has no respect for the constitution. If it did, it wouldn’t be carrying on with this kind of security architecture. I find it strange that when it comes to appointing security chiefs, no Igbo person is found worthy. We have had presidents in the past and all their security appointments had been spread. It is only now that we are hearing that security chiefs can only come from one side because they are promoted on merit. It is preposterous and untenable.”
But president’s aides have consistently pushed back with Buhari himself consistently insisting he had made his appointments based on merit and had been fair to everyone. Speaking to leaders of the South East at the palace of the Obi of Onitsha in January, Buhari maintained that he appointed people based on records, while insisting that he has been fair to the zone contrary to popular beliefs. 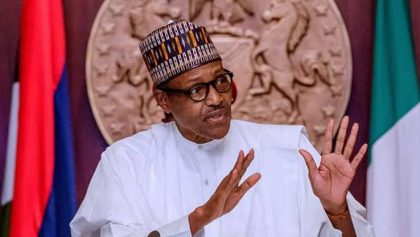 “The present chief of Army Staff, the Chief Air Staff, the Chief of Naval Staff even the previous Inspector General of Police that just left, I didn’t know them personally before I appointed them. I follow records.”

“The same thing with the IG, that one was appointed last week. I don’t think I have ever seen him, I follow records. So, appointments in the Armed Forces and other law enforcement agencies are dependent on individual performance after recruitment not where you think you come from. At least between me and God, this is what I do.”

The counter argument to Buhari’s position nonetheless, is that it is untenable to hold that only people from one section of the country qualify for certain positions, even as many have wondered what criteria the president could have used to arrive at his choice candidates and the definition of record and performance.

Yet, the claims by the administration that the North does not dominate appointments under Buhari, for some, is not tenable considering that all appointments are not the same and one cannot equate a porter in a ministry with the minister or permanent secretary.

But who between those who allege the president of promoting an ethnic and religious agenda and the President who insists he is fair to everyone, is right?

We shall look at 50 most strategic appointments in government, including ministers and permanent secretaries of strategic ministries, heads of key revenue generating agencies and heads of defence and intelligence agencies, to find out who occupies them, from which zone and of which religion, as at May 29th, 2019; and compare with the President Goodluck Jonathan administration at the same date in 2015.