The president who arrived Akanu Ibiam International Airport, Enugu in the morning hours of Thursday, was received by the Enugu State governor, Ifeanyi Ugwuanyi and Dave Umahi of Ebonyi.

He subsequently proceeded to Abakaliki, the Ebonyi State capital where he commissioned a number of projects, including the Ebonyi International Airport, the King David University of Medical Sciences, Uburu, among others.

In Abakaliki, the president was welcomed by Umahi and some other APC governors, including Atiku Bagudu of Kebbi state; Hope Uzodinma of Imo, and Badaru Abubakar of Jigawa.

Following his arrival at the airport, the president departed for Uburu, where he inaugurated twin flyover, a 12km dual carriage federal road from Mbu, Enugu state, to Uburu in Ebonyi, as well as facilities and equipment at the university.

He later proceeded to Muhammadu Buhari International Airport, Onueke via a chopper.

At Onueke, the president inaugurated the 5km dual carriage airport road and the airport presidential lodge.

Other projects to be inaugurated by the president include the new government house, Centenary City, and the reconstructed St. Margaret Umahi International Market complex. 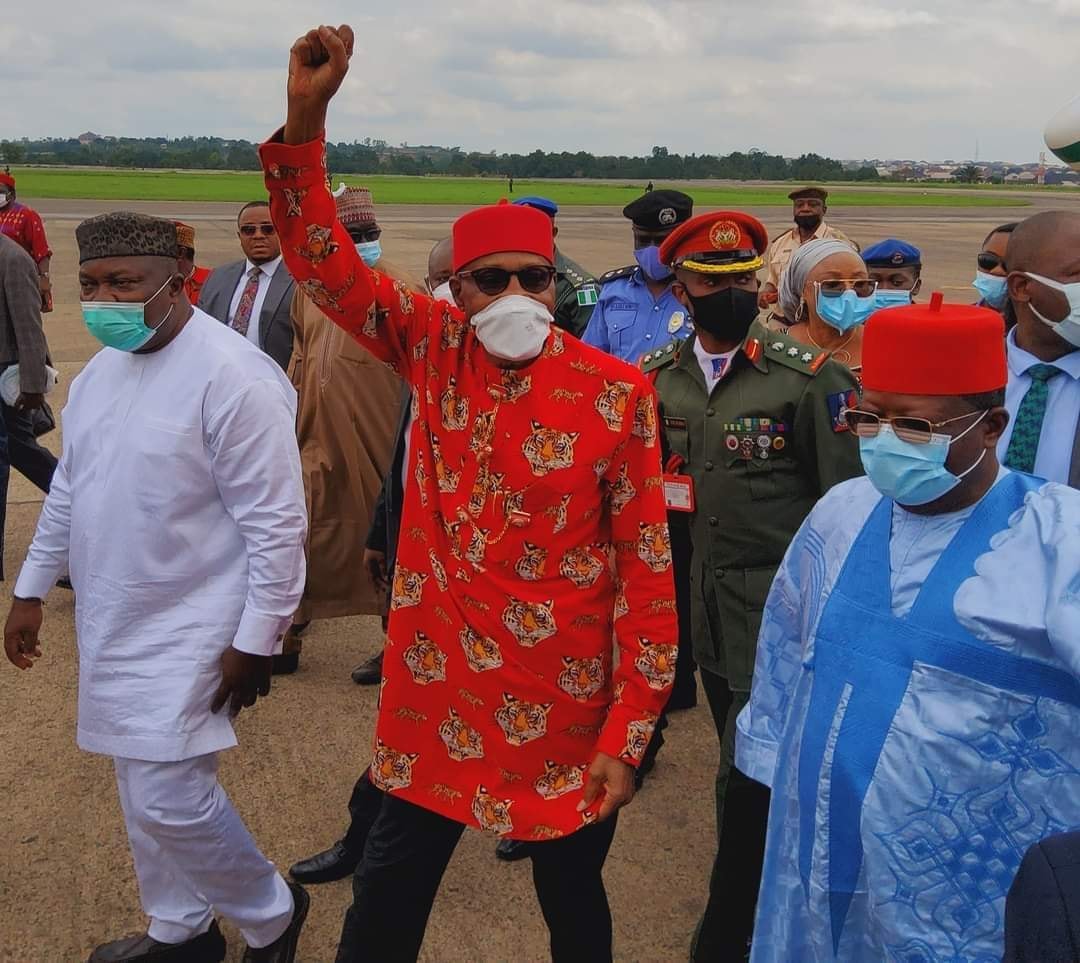 Buhari will be hosted to a state dinner by the Ebonyi government on Thursday night.

The president is expected to conclude his visit with a meeting with south-east leaders before departing for Abuja on Friday.

Meanwhile, the Ohanaeze Ndigbo on Thursday, demanded the release of Nnamdi Kanu, leader of the Indigenous People of Biafra (IPOB).

Kanu, a separatist leader, is being held by the federal government on terrorism charges.

Prof George Obiozor, president of Ohanaeze made the demand during a meeting of its Imeobi in Enugu on Thursday.

He said that Ndigbo remain very committed to a united Nigeria, founded on the principles of equity and justice.