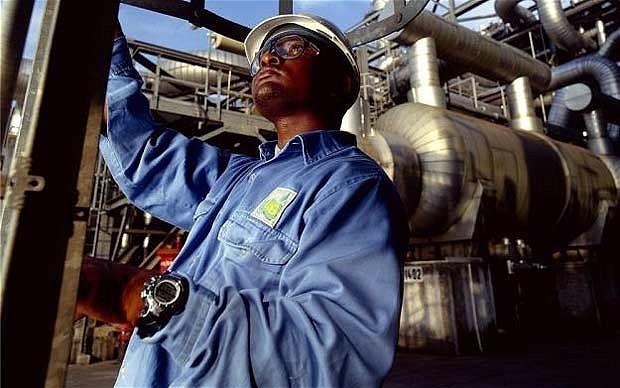 Activities at Opukushi, Tunu and Clough Creek Flow-stations operated by the Shell Petroleum and Development Company of Nigeria, SPDC, Thursday, came to a halt following disruption by the youths of Agbidiama community, over Social and economic issues of employment and empowerment.

Operating under the aegis of Agbidiama Community Youth Council, in Ekeremor Local Government Area of Bayelsa State, said their actions were important following the alleged refusal of the oil firm to dialogue with them.

President of the group, Torke Ekpetun, stated that the protest was carried out as a result of the refusal of the oil service companies operating in the area to meet their corporate social responsibility obligations.

Ekpetun said the obligations include provision of employment, empowerment of community youths, engagement of a non indigenous firm by SPDC for catering services, neglect of community leaders by the management of the company.

He also alleged that the failure to recognize the leadership of youth
as the duly constituted authority for employment in the area and other matters connected with oil and gas operations, ignited the protest.

“The maltreatment of workers on site, failure to pay community workers end of contract bonus as provided for in the employment contract, is not acceptable.

“The refusal of oil services firm retained to work at the oilfields by SPDC, to implement workers annual salary increment at the end of every work circle is worrisome.

“The refusal of SPDC and other firms operating in the area to donate palliatives as part of their corporate social responsibilities during the COVID-19, lockdown is regrettable.

“Failure to secure Freedom To Operate, for contractors before coming to site for execution of jobs, has denied the community of acruable benefits are also part of the reasons for this protest.”

The youth group called on all the oil servicing companies involved in the alleged neglect, to retrace their steps in the interest of peace, by according the host communities what is due them.

He regretted that the host communities are made to bear the adverse impact of operations of the oil firms, with little or no benefit, and called for an end of the anomaly in the interest of all parties.

Meanwhile, the management of SPDC is yet to react to this development.