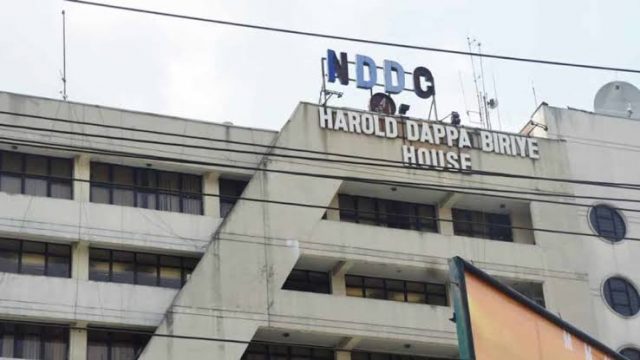 Operatives of the Economic and Financial Crimes Commission (EFCC) are currently grilling the Director of Finance and Accounts of the Niger Delta Development Commission (NDDC), Mr. Eno Ubi Otu, over a case of alleged diversion of over N25 billion tax remittances.

It was learnt that the director, who arrived at the commission in the early hours of Wednesday, was still being interrogated as of press time.

A source disclosed that the arrest was part of a larger investigation of the forensic audit report of the NDDC.

Details of how the N25 billion was looted and how it was shared and who the beneficiaries are, could not be ascertained as at the time of going to the press as the spokesman for the commission, Wilson Uwujaren, could not be reached for confirmation.