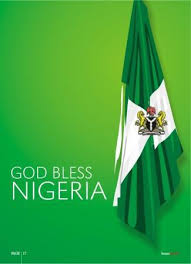 A group of concerned Nigerians in the UK have expressed satisfaction with the conduct of the gubernatorial and states assembly elections.

Their observation against the background of reports of harassment of voters and electoral officers and irregularities associated with the card reader device, among others.

Some members of group in London yesterday unanimously lauded the conduct of the election and described it as “generally peaceful”.

The group set up viewing centres in parts of London where they watched live streaming of the elections.

Speaking on the development, Dr Philip Idaewor, the All Progressive congress (APC) UK Chairman, said: “I am happy with the general conduct of the elections but remain concerned over reports of violence in the South East and South South areas of the country.

“Our appeal is for government to bring the perpetrators of violence to justice; that is the only way we can deepen our democracy.”

On the use of the card reader device, he said: “Technology is part and parcel of 21st century life.

“For anyone to suggest that the device should be discarded means taking us back to the Stone Age.

“The card reader device is very good for our democracy, even though there were hitches; what we should be looking for is continuous improvement.”

Similarly, Mrs Kemi Ashinwuinde, a member of the Central Association of Nigerians in the UK (CANUK), said that she was motivated to monitor the election “because of my concern for a better Nigeria.

“This way, I will not feel completely left out of the process or disenfranchised. From my observation, it was largely peaceful, you cannot rule out irregularities but this was well planned.

“INEC has done an incredible job and should be commended, although there is room for improvement, especially with the card reader device and general organisation,” Ashinwuinde stressed.

The call for diaspora voting dominated talks at the viewing centres while the group was  watching the live streaming of the elections.