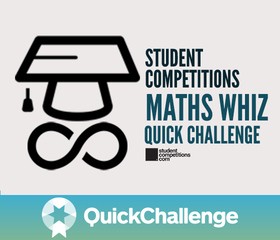 After defeating other 616 pupils from over 200 schools in Lagos, Aisha Bello, a 13 year-old pupil of Dansol Junior School, Ikeja, was declared the winner of the junior school category of the Cowbell National Secondary School Mathematics Competition

Aisha who emerged the best Mathematics pupil at the Immaculate Heart Comprehensive High School, Lagos was presented with cash prize of 25,000 and a certificate.

She would represent the state at the national level in a competition slated for July.

Though Bello admitted being nervous during the contest but she said she had never been scared of the subject because “textbooks make it look difficult but it is actually simple.’’

He also won the Nigerian National Petroleum Corporation Quiz competition; making him winner of two competitions held in the state.

Caleb, who will be representing Lagos State in the national level senior category of the Cowbell Mathematics competition also in July, was rewarded with a certificate and cash prize of N25,000.