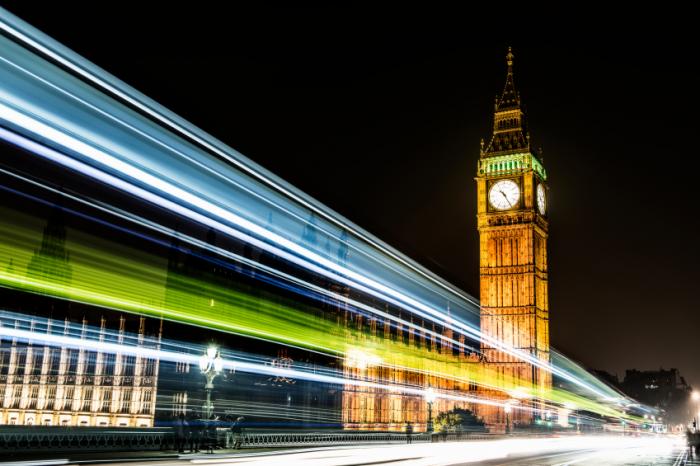 Last Friday, April 24th, marked the second annual Wired Health conference in London, UK, where members of the health care industry and curious spectators came together to discuss and explore how technology is shaping medicine today.

In 1997, Harvard Prof. Clayton M. Christensen created the term “disruptive innovation” to describe how new technologies can alter existing markets or sectors by injecting simplicity, accessibility and affordability into what has become the over-complicated, high-cost norm.

Though the term “disruption” typically carries a negative connotation, in these terms, it points to positive change that shakes up the system for the better.

At the summit in London last week, members of the health care industry proudly harnessed this term and demonstrated how departing from the standard way of doing things has made a significant impact on the existing landscape of medicine.

Addressing advancements in understanding human behavior, Sutherland cited the rise in unnecessary visits to the UK’s emergency departments coinciding with a shift in what it was called. Though it was once widely known as “Accidents and Emergencies,” it is now referred to as merely “A&E,” taking away the inherently bloody connotations and making it sound more like the initials of two people in love.

Referring to the emergency department by its full name on signs and in official literature could encourage patients to direct themselves to their GPs instead, decreasing the number of patients who unnecessarily use the emergency service and saving the UK’s National Health Service (NHS) precious money.

“If you create a name for something,” Sutherland added, “we automatically assume it’s a norm.”

He also explained that the way choices are presented can affect outcomes, particularly in the health care setting.

For example, when the NHS implemented the use of delayed prescriptions for antibiotics – when a prescription goes into effect a few days after an appointment, in a “wait-and-see approach” – unnecessary use of antibiotics decreased significantly.

In effect, changing the choice structure of things can alter behavior.

Another man who recognizes that manipulating how choices are made can have positive effects in the field of medicine is Marc Koska, founder of the LifeSaver program. He noted that around the world, 1.3 million people die every year from infected needles that are reused.

After years of researching this problem, Koska came up with a simple solution to disrupt it: a syringe that is impossible to reuse. His K1 syringe is made on the same machinery and from the same materials as existing syringes, but it has an auto-disable mechanism that prevents reuse by employing a plunger that automatically locks in place and breaks if forced.

The issue is so great that the World Health Organization (WHO) announced their third ever global policy, aiming to reduce unnecessary injections and ensure that only auto-disable syringes are used. This mandate will come into effect in 2020.

Koska noted that for every $1 spent on proper syringe disposal, over $14 could be saved on health care costs resulting from HIV, HBV and HCV. His charity SafePoint is working to improve this basic level of health care around the world. By taking the option of making the wrong decision out of the equation, Koska and colleagues are disrupting the unsafe practices that put patients at risk.

Bringing the element of choice to alternative limbs

For those who have lost limbs, there has been relatively little choice when it comes to what kind of prosthetic will become their new arm or leg. Though there have been advancements in so-called bionic reconstructions, the ability for a patient to take ownership over the design of their new limb has not really been an option – until now, that is.

The Alternative Limb Project, led by Sophie de Oliveira Barata, brings this choice to the patient, creating bespoke prosthetics for those who have lost their limbs. Each client can plan the design, and the company then works with product designers to create beautiful works of art that are also functional arms, hands, legs or feet.

Some of the beautiful creations on display at Wired Health even included secret compartments in which the wearer can store things.

Speaking to a packed crowd, de Oliveira Barata explained that one of her clients recently had the idea to add a drone to an artificial arm that can “fly off the arm like a hawk” and take aerial photos.

Her unique approach empowers her clients to take ownership of their limbs, making them stand out as works of art, rather than as something to be hidden away.

Work from the company was recently thrust into the spotlight when the UK’s Channel 4 introduced singer and performance artist Viktoria Modesta as “the world’s first amputee pop artist.”

In the video below, Modesta wears several creations from The Alternative Limb Project, including the “Spike,” the “Crystal” and the “Light.”