Wife of Olugbenga Ale, chief of staff to Ondo State governor, Rotimi Akeredolu, has been abducted.

Tee-Leo Ikoro, police public relations officer in Ondo, confirmed the incident to journalists on Friday but did not go into details.

She was reportedly abducted at Owena along Ondo-Akure expressway in Idanre local government area of the state on Thursday night.

A family source said told The Cable she was coming from Lagos on a business trip when her vehicle was stopped and she was whisked away alongside two other persons.

The source said one of the passengers fled into the bush while Ale’s wife, her driver and one other woman were not lucky.

The gunmen, according to the Cable, were said to have later released the driver but still kept the two women.

Ikoro said security operatives were combing the forest to find and rescue the victims.

The incident happened hours after a monarch was shot dead in the state.

Israel Adeusi, Olufon of Ifon, was attacked by gunmen suspected to be kidnappers at the Elegbeka area of Ose local government area of the state while on his way from a meeting of the council of traditional rulers in the state 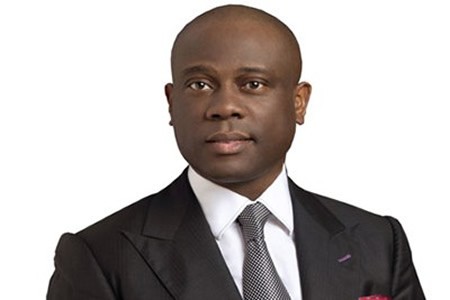