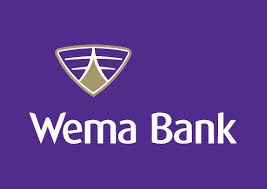 For Wema Bank Plc, it has taken a new strategic approach, leadership acumen, fresh idea and focus to regain traction given its history in the ever-troubled banking space. The bank is now rising to its call to a brave new world as it has been refreshed by a never-say-die management team in recent time.

Its recent results place the bank in good light and a better hope ahead for investing and banking communities.

What the bank is doing now – investing in technology, modifying its process and improving on service delivery – is a way to building links to financial vitality. It is like sowing seed for long- term results.

For investors, the bank has attained the trigger point where its stock price should benefits from improved fundamentals.

Ogochukwu Ndubuisi, Marketing/Research Consultant in Lagos said that the bank must be able to exploit the neglected youth market by developing products that meet needs across board.

Looking at its numbers and assessment of business performance provide analysts conclusive proofs that investors will gun for Wema Stock given its performance outlook.

Analysts said that the horrible truth is that the bank may need to reconstruct its number of shares and increase capacity to raising funds.

Investors’ confidence may be low now, but more will gun for the shares if the management can axe down its current 39 billion shares to single digit billion”.

This will lay the groundwork for increasing shareholders funds as trading stocks pay.

As a deposit collector and money lender, Wema bank has years of experience in the banking space.

Operating in the past 70 years, the road has not always been this good but the bank remains quite focus, relentless and doing its things.

A few times it had faltered, coming close to the auctioneer’s board; but each time it escaped unscathed.

Over the years, it has evolved and revolved, relentlessly competing to survive business rivalry with bigger sized banks.

As if size never matters, the bank perform relatively more than some of the big banks around. Now, the bank’s balance sheet size berthed at N382.5 billion at the end of financial year 2014.

Unperturbed by its past corporate ill-health, redefined Wema Bank sets a niche where it is playing profitably ahead of moving back fully into national banking status.

Customers as well as investing communities would appreciate the way the company’s helmsman Oloketuyi, is electrifying and projecting the bank as an elegant brand.

He has brought back its banking acumen, redefined it competitive edge and strengthened it staying power.

In 2009 when he came on board, Oloketuyi met a distressed bank with 89% of its loan classed as non-performing, obsolete processes with redundant core banking application.

Worst part of the then Wema Bank was that its capital was practically eroded as it was enmeshed in negative capital issue – technically inoperative!

In term of business processes, transactions and service delivery including customer care approach, Wema Bank Plc has been transformed!  From negative capital position valued at N45 billion in 2009, the bank is having N44 billion shareholders funds showing in its audited result 2014.

In 2009, Wema Bank Plc was practically selling Ford to Japanese, the marketing strategy that never worked.

According to the bank’s note, it had earlier worked with obsolete processes at the time customers were picky thereby losing significant customers deposits to competitors as it held less than one percent of the market share.

But by the end of 2014, the bank market share by deposit stood at 1.5 percent as it invested in modern processes to implements the management redefined strategies.

“Banking industry rivalry is intense; Segun Oloketuyi should not just sit back and watch how strategies are unfolding. New Banking alchemists are on rampage, the GMD/CEO should dare to join the new class of strategic oriented, no nonsense banking head masters. At 1.3 million accounts, Wema Bank has room to grow its size”, Ogochukwu Ndubuisi, a Business Consultant said.

Industry experts tip Wema Bank for share reconstruction as an enabler to improve share performance. In the banking sector, Unity Bank Plc has embarked on the same to boost its shares outlook as stock market may really pick up massively, as there are signs on the wall.

In its brave new world, Wema Bank declared beautiful performance beyond expectation even as economy crawled. But, the management focus on repositioning the distressed bank now to a fully capitalized one with capital adequacy ratio (CAR) at 18 percent.

The MD/CEO idea of a new Wema bank is smart; quite specific way to redefine its future in the banking space. The bank’s plan to deploy modern processes to serve retail and SME target is a welcome development. Also the management decision to increase installation of alternative channels would build on its competitive edge.

The reduction in the bank’s Non-performing Loans (NPL) from 89 percent to 2.49 percent between 2009 and 2014 suggests that the management is done with business as usual and is for a better risk management approach. Now, the bank pride itself with an improved corporate governance, the lack of which had almost sent the bank into corporate grave in 2009.

In 2013 and 2014, the bank provided 100% coverage for its non-performing loans which has gone down significantly to less than N4 billion for each year even as the bank’s business expanded more than twice what it achieved in 2010.

Aggressive but cautious as Risk assets expanded Gross risk assets in 2014 berthed at N152.70 billion as against N102.70 billion in 2013, non-performing loans amounted to N3.79 billion and the bank provision for loan loss for the year equate with NPL value. NPL ratio continuously ticked down in the last five years, indicating an efficient business relationship management and perhaps portfolio reshuffle.

Then, these also suggest that there has been internal re-orientation in the management cadre to ensure the repositioning pillars for the bank stands; and not only to stand for the sake of it but to stand the test of time.

A further look at the bank key performances confirms the effectiveness of the transformation program. In 2010, the bank had negative capital adequacy ratio, it remained negative up till 2012.  In the period, as expected, return on average equity was negative for the three years as there was no equity anyway.

Oloketuyi is breathing back life into the bank performance; awakening full performance as the MD/CEO delivered improved results from 2013. Its project LEA, Wema Bank’s growth plan is hammered on improve efficiency, network spread, increasing the bank’s capital position, growing market share, reengineering workforce for effectiveness and repositioning the Wema brand itself. First quarter 2015 result further testifies to the upsurge in the profit trend.

From all angles, expectation is high for 2015. The bank is targeting low cost funding thereby striving to improve growth in retail deposits. It will as well leverage on mobile solutions and technology as it is on the mission to change platform to migrate customers.

Coming from the cold – a rising performance birth

While gross earnings moved up for five years consecutively, the bank’s cost to income ratio followed opposite direction as it trend southward until it berthed at 87.72% in 2014.

The bank also improved on its revenue base as total interest income increased to N35.45 billion as against N28.54 billion in 2013, representing a 24.2% upswing between the periods.

The growth in interest income was specifically driven by the expanded loan book. Loans and advances to banks and customers increased to N21.64 billion from N16.53 billion in the corresponding year 2013 while non-interest income went down albeit marginal to N6.7 billion as against N7 billion in 2013.

It bottom lines are rising, lowering its cost and buying into service delivery efficiency, effective business model that deliver results economically. Would the bank sustain the trend? As long as there is this vision, the hope is not lost for the once upon a time frontier player – Wema!

Wema bank seems to be connecting the dots on those areas that matter lately. Hallmark visits to some of its branches show perpendicular perk up, a modern way of doing banking business permeate its environment.

More than ever, the bank customers care service reflects refreshed outlook. Courtesy and professionalism has come to the forefront at more than six branches visited by Hallmark.