Home Business ACROSS THE COUNTER :Banks on Magodo Road battle for space 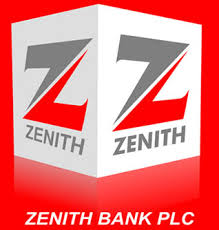 For many residents of the Magodo axis of Lagos State, driving peacefully into their homes has almost become a thing of the past as the traffic on that axis has become a nightmare to them, many thanks to the activities of the banks within this area.

The challenge for these banks has been how to control the traffic that has become a part and parcel of the road due to the activities of motorists who obstruct the free flow of traffic.

When Hallmark visited the area, it discovered that about four banks are located within that axis and vehicular movements in and out of the bank has caused more pain than ever imagined for those who ply that route on daily basis.

In an interview with a security staff of the Zenith bank branch there, he revealed that they usually have a filled day trying to control vehicular movement in and out of the bank. According to him, it is obvious for everyone to see that these banks do not have enough space to accommodate the number of vehicles they play host to on a daily basis and as such, many are forced to park on the road, thereby causing traffic for commuters on that road.

This was also echoed by Mr Uchendo, an IT specialist who lives in Magodo. For him, each time he has to drive out after 8am, he is not always happy because he expects that vehicular movement in and out of the bank will give him a torrid time on the steering.

“Have you seen what I experience on a daily basis? The situation is sometimes worse than this. The security men, in a bid to allow bank customers drive in and out of the bank, force cars to stop or slow down so that their customers can either drive into the Bangor drive out. They do not bother about the long queues that are the resultant effect of this,” he said while lamenting the traffic on a hot Wednesday afternoon.

The banks along that road include Diamond Bank, Zenith bank, First bank and Guaranty Trust Bank. Of all these banks, First bank has the least human and vehicular traffic on that road because it is just a mini branch of the bank and across the road is a major branch. Hence, most people lot for the major branch.

However, all these banks do not have enough parking space to accommodate half of the number of vehicles they are supposed to accommodate. This leads to the question of where do the other vehicles which belong to customers or those who patronise such banks, park? Obviously on the road, meant for movement of Lagosians and not parking spaces for Banks.

Remember, our team’s previous visit to the Diamond Bank was marked by this same hiccup as we spend about twenty minutes trying to move the car out of the banking premises. We reported that the security official on the duty had to go in and out of the banking hall every now and then to call on bank customers to move their vehicles which got on the nerves of many, thereby making them lament.

There is no doubt as to the fact that unless these banks make bigger parking spaces for their customers, the first issue on their to-do list, residents of Magodo and its environs are in for a very long haul of delays, something they do not need especially at a time when getting the fuel they burn on such unnecessary delays, has come at a cost money alone cannot buy.

Most of the time, banks find it difficult to handle high turnout of customers which often time result in low quality in terms of their customer service.

Surprisingly, this wasn’t the case when our team visited the University of Lagos branch of Eco Bank, located opposite the Mass Communication building, and very close to the faculty of Arts.

As at the time of our visit, there wasn’t so much activities going on in the bank as the customers present in the banking hall at the moment were not up to ten. It was however surprising that most of the staff in this bank couldn’t even attend properly to the very few activity they had to attend to.

There were about 7 cubicles for the cashiers located to the extreme of the banking hall, however, just 3 of these cashiers were on sit as at the time of our visit. Interestingly, one of the three also stood up, and for about ten minutes, there wasn’t any significant transaction over the counter as the bank customers mostly school student just stood still on the queue.

Though there wasn’t up to ten customers within the banking hall which was relatively small, but the slow coach approach made transaction take longer than usual.

There were 2 ATMs seen within the bank building, while the other three were located at the back of the building. The ATMs were however fast and customers went about their transactions in time.