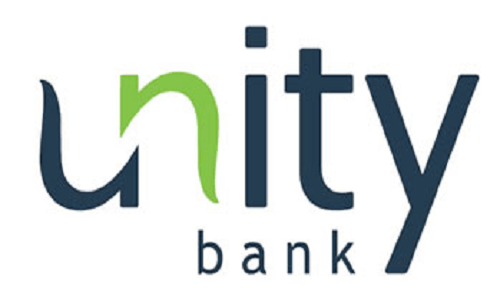 With the persisting hard times in the country, a period when it is becoming much more difficult for businesses to make profits, no thanks to the COVID-19 pandemic, many firms are as a result, reviewing and reversing their growth and profitability projections given that the earlier projections may no longer be feasible especially in these troubling times.

The Nigerian lender, Unity Bank is not immune to the vagaries of the times and its management has presently moved to alert its base of what it is seeing ahead of it.

According to reports emerging from its corporate suites, the bank which had posted 7 per cent increase in profit before tax in the half-year (H1) 2020 is currently projecting a huge loss of about N2billion in the approach to Q4 2020.

According to the forecast which was recently turned in to the Nigerian Stock Exchange (NSE), the bank expects to post gross earnings of N4.975billion and a loss after tax of N1.800billion

The forecast document also revealed that the expected interest expense would now stand at N3.821billion as against the interest income of N3.359billion that had been expected in Q4.

Despite the gloomy expectations which may have been prompted by the ravaging effect of the Coronavirus pandemic that had forced a complete lockdown for five weeks both in Nigeria and other countries of the world, questions are however still asked as to why Unity Bank is forecasting such huge losses in Q4 of the year? This is more so as the economic activities have presently begun to open out all across the country.

While efforts to reach the bank’s communication department proved abortive, an inside source told Business Hallmark that he is as confused as many other people over the development. He further explained that the management of the bank may know something that others do not know about the bank.

Analysts, however, believe the answer to the riddle is not far- fetched. According to them, the broader fact of the matter is that the extremely tough operating conditions have become a huge threat to businesses, both strong and weak. The banks are not having it any better, they surmise.

Commenting on the issue, Managing Director of HighCap Securities Limited, Mr David Adonri, told BH that in his view, the bank’s forecast in which it expects a huge loss in the Q4 2020 was well informed and realistic.

Adonri noted that investments in the fixed income market, especially in government bonds which used to earn banks as much as 18 per yield and accordingly help strengthen their balance sheet has crashed to about 3 per cent; the economy is sliding into stagflation at the close of the third quarter which is very bad for the banks, and the forex market is also not favourable to the financial institutions presently. ‘’

These developments, Adonri said, ‘show that the down factors out-weigh the upside factors. So the management of the bank is very clear about what it is doing’’.

There is also a consensus that the world economy is in deep trouble.  For instance, over 30 firms have closed shop in the USA which is even a stronger economy; Europe is no better. Businesses in the United Kingdom and many other parts of the world have had their fair share of upheavals which closed many firms. Therefore, Unity Bank is not an exception.

Analysts believe it has become hard for firms to fly in such weak economies as Nigeria where the economy which has already shrunk by -6.1 per cent in the second quarter of 2020 is expected to slide into recession shortly; where inflation is hitting the roof at about 13 per cent; where the Naira has lost value and vigour; where the budget deficit stands at -4.69% of GDP; where insecurity has halted business activities in some parts of Northern Nigeria; where unemployment remains very high; where the government is unstable; and where economic policies are allegedly being carried out to favour a section of the country.

Recently, the government equally hiked the prices of fuel and electricity in a country with 82 per cent of its population in the poverty bracket.

This is in addition to the wobbling price of crude which hovers between $38 to $40, and which the main survival linchpin of the Nigerian economy is.

‘’Who would expect companies to perform magic in a country where its citizens appear to have lost hope’’, a senior civil servant who would not want to be mentioned in print queried?

Many have attributed the weak performance of businesses not only to the inherent weaknesses in the national economy but as also having been intensified by the ravaging Coronavirus pandemic and the generally harsh operating environment.

The bank had disclosed this in its unaudited financials submitted to the Nigeria Stock Exchange, which also showed that Profit-before-tax grew by 6.67 per cent to N1.12 billion in H1′ 2020 from N1.05 billion in H1′ 2019. This is even as the Profit after Tax, PAT, equally rose by 7 per cent to N1.03 billion from N967.51 million in the corresponding period of 2019.

The half-year results showed that the lender recorded gross earnings of N11.01 billion, a 5 per cent growth from the N10.50 billion recorded for the same period in 2019.

A further review of the H1 financial statement showed that the agribusiness-focused lender grew its deposit by 19 per cent to N306.47 billion from N257.69 billion as of December 2019.

Commenting on the result upon its declaration, the Managing Director/CEO, Unity Bank Plc, Mrs Tomi Somefun had said: “Despite the inclement economic conditions occasioned by the global pandemic which almost paused or at best put activities at a slower pace in virtually all sectors of the economy, the Bank has been able to ride the waves to maintain its growth trajectory looking at the key performance indicators. The assessment, therefore, is that the repositioning efforts which have taken root before the headwinds are equally able to withstand shocks.”

She further stated that the growing health and strength of the Bank’s balance sheet is attributable to the fact that while the Bank remained focused on its niche market, which is Agribusiness, it has also continued to grow its brand franchise in many areas of the retail market by promoting and leveraging its Agriculture value chain businesses as an offshoot.

Also before now, the views of analysts had continued to reinforce the gains of the repositioning drive anchored on the agribusiness as the backbone for the steady growth and performance in the half-year 2020. They had shared their optimism for an even more positive outlook in the future; as they had hoped that market confidence continues to improve.

Unity bank had recorded a PBT of N3.64 billion, while Profit After Tax (PAT) closed at N3.38 billion. This was seen as consolidation on the gains on the reforms instituted by the Bank to grow a healthy balance sheet since the past two years.

Further details showed that the bank recorded growth across key financial measurement indicators such as the Net Operating Income for the year ended December 2019, which rose by 76.39% to N23.211 billion from N13.159 billion in the corresponding period of 2018.

The bank also recorded a total comprehensive income of N5.52 billion while Earnings Per Share stood at 28.94 Kobo.

Perceptions were that almost all incarnations of Unity Bank have been fringe banking sector players (including the Bank of the North), and no one of them came close to being in the top ten ranked institutions. A few of them were also very weak before the banking consolidation. For instance, the likes of First Interstate Bank, Tropical Commercial Bank, Centre-Point Bank, NNB International Bank, SocieteBancaire and New Africa Bank had started showing signs of distress before the banking consolidation of 2005. These Banks include Intercity Bank Plc, First Interstate Bank Ltd, Tropical Commercial Bank Plc, Pacific Bank Limited, Centre –Point Bank Plc, SocieteBancaire Limited, NNB International Bank Plc and Bank of the North Limited and New Africa Bank Limited.

All things considered, however, Unity Bank is not alone in the present unfortunate condition where banks are being forced to juggle all balls simultaneously. Indeed, the thinking in Broad Street is that more banks may reverse their profit forecasts going forward.  As for Unity again, its share price stood at N0.59 per share as of October 2, 2020. Now, this is not a cheering sum. And of course, shareholders may not expect dividends from a bank which is from all indications, already giving out every indication that it is presently going to be in the red.

That settled, the questions before shareholders, management, board and promoters of the bank and the broader financial system and economy is, so what is to be done? Wish we had all the answers!