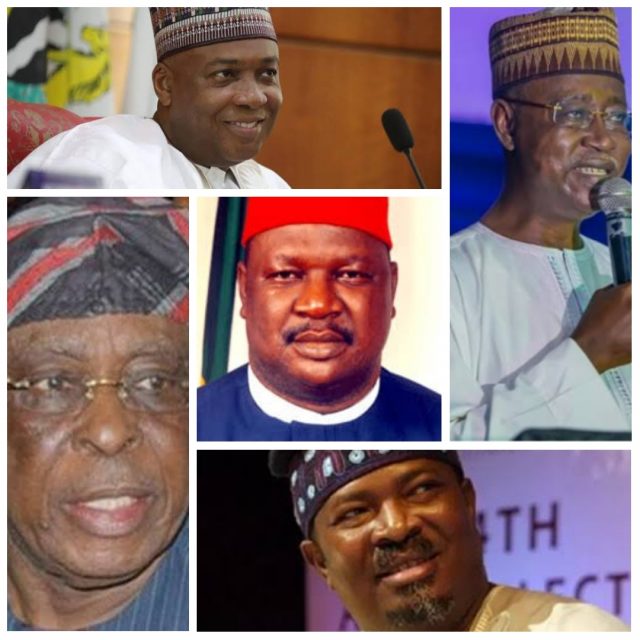 Not less than 100 political and thought leaders comprising 14 current governors, 13 former governors as well as three former Senate Presidents have met in Lagos to ‘rescue Nigeria’ and map a new consensus for national rebirth, in what look like an attempt to build a third force ahead of the 2023 polls.

The leaders, under the aegis of ‘The 2022 Committee’, said Nigeria must be secured, peaceful and united before the nation can have candidates for political offices in 2023.

This was made known in a statement released on Wednesday and co-signed on behalf of the conveners by ThisDay Newspapers Publisher, Nduka Obaigbena; as well as Borno-born politician and Chairman, Board of Trustees of the Tertiary Education Trust Fund, Kashim Ibrahim-Imam.

The statement said the leaders met from February 4 to 6, 2022, but did not reveal the names of the 100 leaders who met in Lagos.

It was, however, gathered that top chieftains from both the ruling All Progressives Congress and the Peoples Democratic Party, including southern and northern leaders, attended the event.

In the statement released on Wednesday, Obaigbena and Ibrahim-Imam said the leaders worked in three sub-committees of national security, the economy and Nigeria in transition, noting that “the participants recognised that there is an urgent need to seek common ground and irreducible minimum actions to stabilise the polity at this critical time of transition.”

The statement was titled, ‘Eminent Business, Political, Society and Thought Leaders Meet in Lagos to Build Consensus for National Rebirth,’ which comes amid speculations that the group had met to strategize for the aspiration of a certain South South presidential hopeful, said the leaders will continue to work with relevant stakeholders for the good of the country.

“The meetings will continue, as we work with Federal and State Governments, current and future political leaders of all political persuasions, as well as other eminent patriotic citizens, for the greater good of the Nigerian people,” the statement said.

“All the 100 leading lights of the 2022 Committee have the capacity for national leadership; indeed, amongst the very active participants in the work of the Committee are over 7 persons, from 3 or more political parties, who have already publicly declared their aspiration to lead the country but are desirous of working with other patriots for non-partisan greater national goals. We must have a secure, peaceful and united nation before we can have candidates for political offices.

“The Committee believes that what Nigeria needs today is for all patriots to come together to rescue our nation from all political, economic and security threats, and promote the unity of Nigeria. We call on all patriotic volunteers, who are willing and able, to join this collective effort to stabilise the system so we can all build a new Nigeria we can all be proud of.”