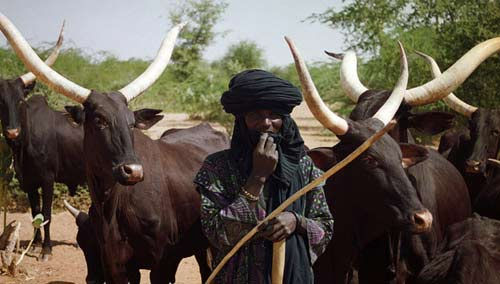 For several years now, Nigeria has been grappling with the rising scourge of clashes involving pastoralist Fulani herdsmen and local agricultural communities in the pathways where the herdsmen take their cattle through in search of fodder and markets.

Historically, culturally and occupationally, many of these herdsmen are of Fulani stock. They are also not educated in the dominant Western mode that largely determines the growth curve in Nigeria today and as such find it equally difficult to move on to other economic paths. This state of events has equally been exacerbated by the National Question, where disparate communities within the Nigerian federation continue to see themselves as ‘we versus them,’ thus making it difficult to find common ground within which to resolve conflicts as they emerge.

And flowing from this then has come very debilitating loss of lives and properties, each time tensions boil over, with the increasingly militant herdsmen taking on the people of the communities where they were merely supposed to pass by or peacefully cohabit, in pitched but totally avoidable battles.

Frankly, the contention of this newspaper is that this sorry situation has lingered for so long because as a nation, we really have not been very creative in seeking solutions to the problem. This is because we are looking at it from the perspective that the fundamental cause of the tension is ethnic and national and thus a problem of the Hausa/Fulani versus the communities which the herders meet in the course of their grazing.

While there is a sense in which this has come to be a derivative part of the problem, to however reduce it to that factor, flies in the face of the stark truth that more often than not, the Hausa Fulani, by themselves, really do not consume a lot of the cattle that they rear! For them chiefly, the cattle and indeed the associated profession of cattle herding only makes sense on account of the economic value that accrues to them when they finally exchange the cattle herded for cash. And this is only made further possible when they finally get their cattle to the markets and middlemen and consumers who can pay the appropriate prices they have put on them finally come calling.

Hallmark notes also that there is equally another very significant point overlooked by pedestrian commentators on this subject. It has to do with the fact that the herdsmen in themselves do not own the cattle they are rearing, transporting and selling! They are only employed to do their chores by the real cattle merchants who in many cases are very securely located within the upper echelons of society. These owners are in most cases hundreds of miles away from the theatre of operations and are thus not the immediate reason why the conflicts which their lumpen and peasant associates engage in, erupt.

Like the bus conductor, agbero and their related lower class ilk in our urban and semi-urban centres, poor education, low social acceptability and their subsistent and precarious economic modes have combined to predispose them to lifestyle that is not so ennobling. Violence, thuggery, fighting and rage are a near-constant element within their milieu and as they ply their trade, they do so with a mindset that anything that threatens their livelihood should be resisted at all costs. It is that much of a matter of life and death to them when they are denied that most controversial right of way to carry on as they please!

Overall therefore, since the impulse of all of the activity thus identified as economic, it therefore follows that the chief solution should also be economic. In countries around the world where cattle rearing is done, one critical way the business has been transformed in the overall interest of all stakeholders is to proceed on to dealing with the core elements of the trade. Reduced to its basic minimum, what the herders critically need to ply their trade are fodder and water. These can be conveniently provided by the establishment of well-irrigated modern ranches and the deployment of modern agricultural extension methods.

This is one place where income-starved states can find work to do. Rather than engage in wasteful jamborees to Europe in search of elusive foreign investments, they can hop across the border to chad and Niger and bring in some Chadians to collaborate with them in this regard. One other problem that ranching would be resolving would be that of retaining enhanced nutritional value of the cattle which they lose in the trek.

One argument that has been raised over the years is that nomadic grazing is the way of life of the Fulani. But culture is not static, and continues to be modernized. Prominent people from the region can be brought in to help educate the cattle rearers on the modern economics of the business. The problem can and should be solved through a combination of measures.

U.S. Consulate celebrates 4 years of empowering bizwomen via Academy for...