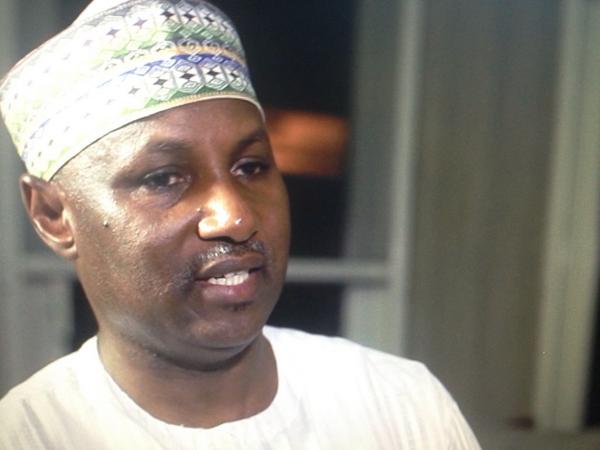 In Marsiglio of Padua’s treatise on power, the Florentine political theorist espoused prevarication, dissembling and shunning of limelight as keys to attaining and retaining power. Hassan Tukur, former Principal Private Secretary to former President Goodluck Jonathan assumed all this and extended the frontiers beyond the wild imagination of Marsiglio.

Widely regarded as the most powerful and influential figures from the North in the administration, yet only few Nigerians have heard of him, in spite of his visibility in the Aso Rock power loop. Many Nigerians believe he was just an obscure private secretary, perhaps apolitical.  Nicollo Machiavelli had written in his influential magnus opus; The Prince, ”Everyone  sees what you appear to be , few experience what you really are, and these few do not dare to take a  stand  against general opinion”. For many, Tukur was a gentle loyal secretary, but few knew he was virtually the power behind the throne when it concerned Jonathan taking a decision on northern issues such as appointments.

An aide to late President Umar Yaradua, Tukur soon after Yaradua’s death, this astute understudy of power and student of Ahmadu Bello political astuteness got himself entrenched within the power structure of the presidential villa especially since his appointment as PPS in 2010. Sources had hinted that Tukur had been responsible for the appointment of many Northern figures under Jonathan’s administration in his bid to build a cult of loyalists that will ultimately help his own ambition of succeeding Jonathan, if the political pendulum swung his way.

Apart from nominating people such as Suleiman Abbas, Attahiru Jega, Ahmadu Muazu, and influencing the win of governorship primaries of PDP by Nuhu Ribadu in Adamawa State, he was also credited with other appointments  into various positions in government at the expense of the relevance of Vice President Namadi Sambo, Tukur was said  to be scheming then  to unseat Mr Jonathan’s chief of staff, Mike Oghiadomhe with a view to using that to clinch Sambo’s job when he eventually succeed in creating a problem between the president and his vice.

To further entrench himself towards the realisation of his ambition, the PPS was said to have been offered ministerial appointments to head grade A ministries more than twice, but had turned the offers down preferring to remain in the villa where he can best actualise his goal. Though his job description entails handling administrative duties for the president, Tukur  was said to always jump on the plane with Mr Jonathan any time the president left Abuja to any part of Nigeria or outside

. His friendship with President Jonathan is said to have dated back to pre-Aso Villa days. He was President Yar’Adua’s special assistant on Petroleum Resources. Tukur is assumed to be the president’s closest associate from the North and is alleged to have single-handedly picked most of the regime’s political appointees that were employed from the North by Goodluck Jonathan. According to sources who have had contact with him, Tukur does not hesitate to inform you that ‘he can get the President to do anything’, and really in most cases he delivers; a source added.

However, Hassan Tukur, we learnt  was torn between his loyalty to his boss and his kinsmen from the North, who  were vehemently opposed to the President`s 2011 presidential ambition. To this end, Tukur was alleged to have asked the President not to contest the 2011 election. But his advice was not heeded. There were reports in the media that his companies or proxies got juicy contracts from INEC under Attahiru Jega.

Jonathan was also said to be heavily dependent on him on key issues relating to the North, and his hold on the President was said to be very akin to the one exerted by Rasputin, the famed Russian monk and adventurer on Nicholas 1, Czar of Russia. He was said to have on several occasions, had a running battles over policy direction with some influential South South leaders who had the ears of Jonathan such as Edwin Clark, but his political astuteness, understanding of the subtlety of power and its dynamics always saw him on top of his acts. Sources hinted that his quiet diplomacy, contacts and wide network of friends and his friendship with northern traditional rulers may have positioned him for a role, possibly presidency in the future. As it stands, he’s also said to be close to the new chief of protocol to President Muhammadu Buhari, Alhaji Kazaure. Will Tukur play a role in Buhari’s government? Time will tell.