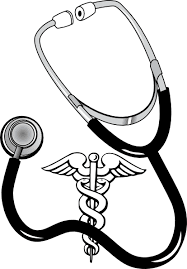 The National Association of Resident Doctors (NARD) has called off its strike action which commenced at the beginning of the week.

The decision to call off the strike comes after a truce brokered by the Nigeria Governors’ Forum (NGF) between the federal government and the striking doctors.

The executives of the NARD were at the NGF Secretariat Abuja on Thursday at the instance of the Director General of the Forum, Mr. Asishana Bayo Okauru, where they met with the chairman of the NGF and Governor of Ekiti State, Kayode Fayemi and later the Governor of Oyo State, Seyi Makinde and expressed their grievances.

According to a statement by the Head of Media of the forum, Abdulrazaque Bello-Barkindo, after listening to them, the NGF Chairman reminded the NARD executives of their Hippocratic oath and admonished them to always bring their conscience to the fore “because when you strike it is not the men in power that suffer but the common man on the streets.”

Fayemi, commended the doctors for remaining in the country to serve in spite of the abundant opportunities and lucrative offers that await them abroad.

However, the statement said that Fayemi also reminded them that the government had always invested huge sums of money to train them and it would amount to a disservice to their fatherland to flee the country without giving their services in return.

The head of NGF media said that Fayemi appealed to the NARD to call off the strike promising that the governors would sit in a week’s time and consider their grievances with a view to finding a lasting solution to issues that are immediately possible for the forum to tackle.

The doctors, led by their president, Dr Aliyu Sokomba and their National Secretary Dr Bilkisu, left the NGF Secretariat with a promise to consult members of the association to prevail on them to put their faith in the governors and await the action of the governors on the matter.

Accordingly, the statement said; ‘It is on that basis that the President reached out to the Director General of the NGF Saturday evening as they close the NARD meeting to announce that they are calling off the strike to allow the governors to address their complaints.’

The resident doctors announced the commencement of a nationwide indefinite strike on Monday morning in a communique issued at the end of their ‘virtual extraordinary National Executive Council Meeting’.

He said the association explored several other options before arriving at their decision.

However, the government had threatened to invoke the ‘no work no pay rule’ on the striking doctors on Tuesday after a meeting it had with them ended in stalemate.

Health minister Osagie Ehanire directed all medical directors in all public hospitals across the country to open a register by 7 a.m. from Wednesday and record ‘those who come to work and those who fail to come to work’.

But the doctors called the bluff of the government’s threat. The NARD president described the threat as “empty and the biggest joke of the century”, adding that the doctors are not intimidated and will go on with the strike until their demands are met.

The federal government last Friday said it had released N4.5 billion to 31 federal teaching and medical centres across the country, an official has said.

Labour minister Chris Ngige said the payment which covers hazard and inducement allowances for April and May was made with the expectation that it would ameliorate the plight of resident doctors across the country who went on strike on Monday over unpaid salaries and allowances.

He said the payment of the N4.5 billing was made “just this morning”.

“Just this morning, before we went to see Mr President, the Ministry of Finance reported that as at this morning, 3 a.m., they have paid the allowances for hazard and inducement to 31 teaching and Federal Medical Centres and specialist hospitals of the federal government service and they have expended close to N4.5 billion in the payment because, we are paying them the arrears of April and May. The payment for June will also be done immediately these ones are sorted out.”

In Osun, BVAS is on trial, By Ismail Omipidan