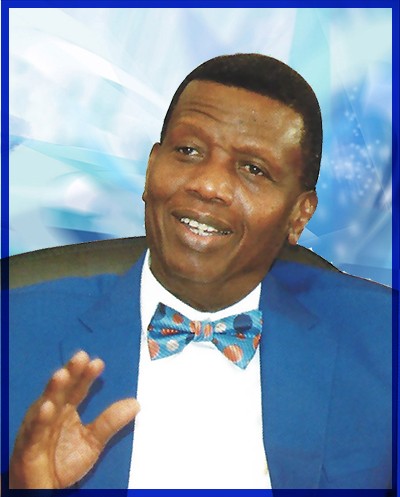 The General Overseer of the Redeemed Christian Church (RCCG), Pastor Enoch Adeboye, has advised ministers of God to practice the sermons they preach at home because their children are watching.

Adeboye gave the advise on Saturday in Jos at RCCG’s Ministers and Workers conference, which had the theme: “In Christ Alone”.

“They are our first congregation. If you fail to at home, you have failed.

“We must tidy up our acts as ministers of God. Be careful what you do in the presence of the children,” he admonished.

Adeboye said that the church would organise a meeting with children of ministers in the north, just as it had done in the south and some other parts of the World such as Europe & the US.

He urged the ministers to make sure their children were in attendance.

“It will help us to help them to help you,” Adeboye said.

Adeboye said that because of his life as a role model to his four children, all of them were in one way or the other a minister.

He said during meetings with them, his children would also share certain things they copied from him.

On the theme of the conference, quoting from Psalm 39 verse 9, Adeboye said to be successful ministers of God the lives of successful people in the Bible like Prophets Elijah, Elisha and Jesus Christ must be studied.

Adeboye said he studied the life of Elijah in three years and was currently understudying the lives of Elisha and Jesus Christ.

On the life of Jesus, he said that Christ lived a life of humility, obedience ‎and submission to God.

He, therefore, urged ministers of God to emulate Jesus in order to be connected to His blessings.

Hallmark reports that as part of the Pastor’s yearly interaction with members in the north, Adeboye will dine with them on May 10 in Abuja, an outing tagged: “Day Out with Daddy G.O.”