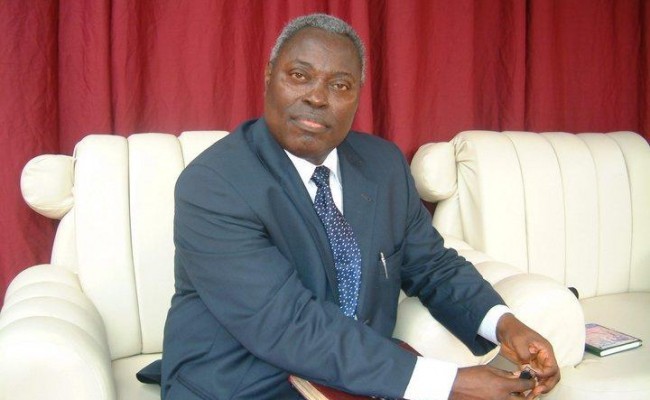 President Goodluck Jonathan’s bid to ‘worship’ at Deeper Christian Life Ministry during the presidential election campaign hit the rocks as pastorate of the church outrightly turned down his request.
It was gathered that President Jonathan, who worshiped in most churches across the country before the March 28 presidential election, was denied entry into Deeper Life, when he wrote authorities of the ministry to inform them of his visit last January.
Jonathan had during one of his visits to Dunamis International Gospel Centre, Abuja, explained why he was embarking on ‘presidential church tour’.
According to him, “Traditionally, we have the State House Chapel where I worship every Sunday. If we do not have the chapel, probably I would have been here one or two times before this time.
“It is only during the Christmas period, maybe two Sundays before Christmas and the Sunday before and after New Year that we sometimes close the chapel, and allow people to participate in their church services and that time, I do go round.
“This year, we have decided that from now onward, until I leave the State House, every last Sunday of the month, I will go to different churches.
“Yes, that is the State House Chapel presided over by a chaplain and from time to time other men and women of God come to preach to us.
“But I feel that it is good for me to go round and continue to appreciate what our brothers and sisters have been doing”.
However, Hallmark learnt that the Special Adviser to Jonathan on Media and Publicity, Dr. Reuben Abata had on January 22, written the authorities of the church through the office of its spokesman, Pastor Segun Babatope to inform them about his visit but the leadership of the church refused to acknowledge the letter.
According to an insider, when Babatope informed leaders of the church about the development, many of them kicked against it, saying that the ministry is not a platform where politicians come to campaign.
Jonathan was originally billed to visit Deeper Life on February 8 after leaving Redemption Camp, but he had to proceed to the Lord’s Chosen when he discovered the church was not ready to welcome him.
The highly-placed source said the church’s decision to honourably turn down the request was because of how some sections of media misquoted Bishop David Oyedepo of Winners Chapel during Jonathan’s visit to the church.
Oyedepo was quoted as threatening to open the gate of hell to anybody who campaigned against Jonathan.
The alleged statement triggered social media war as many were lambasting the preacher for using his church to campaign for politicians.
However, Oyedepo denied making such statement.
The source said, “Leadership of the ministry was very careful not to allow politics or politicians dent the image of the church or pastor Kumuyi. The presidency had invited him severally for meetings with the president, but he would wave it aside.
“When Abati wrote the church to inform them about Jonathan’s visit, precisely January 22, the church leaders deliberated upon it and decided to turn it down”.
Asked if Kumuyi was aware of the decision, the insider said, “of course, but he has no final say. Though he founded the church, he does not decide how such thing is being handled. He had to allow leaders of the church to handle it. And when it became obvious that they were not ready to welcome the president, Daddy Kumuyi had to accept their decision”.
It was gathered that the president had to leave Redemption Camp for Rev. Lazarus Mouka’s Lords Chosen in Ijesha when he discovered the church was not ready to welcome him.
In Chosen, he warned politicians against using church to campaign.
The President said, “I would not say much because this is not a good period for those of us who are contesting for election to talk so much in church. I do not want to be accused of coming to campaign in churches because I believe that we should not campaign in churches. We may discuss with people but not to use the platform of the church to campaign”.