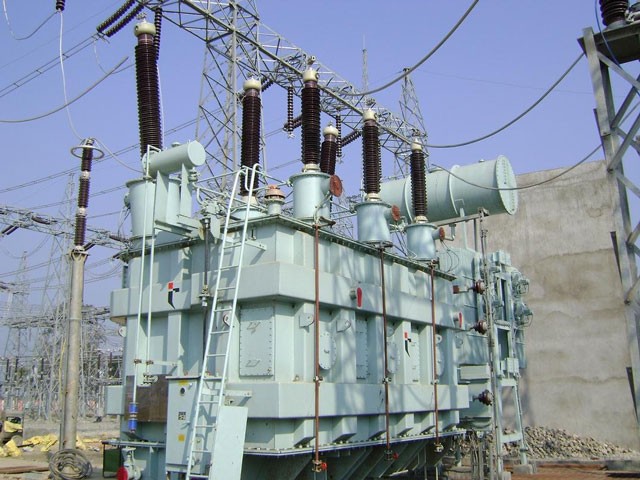 There are high hopes that the new gas supply agreement among stakeholders in the power sector may see the federal government sustaining the current peak performance by the sector.

The deal struck among the Nigerian National Petroleum Corporation (NNPC), the Transmission Company of Nigeria (TCN), power Generation Companies (Gencos) and other major stakeholders saw the NNPC paying about N220 billion to the gas suppliers,

Since the arrangement, which the Minister of Power, Mr SalehMamman, said was to ensure a consistent supply of gas to the power plants in the next three months, power generation has peaked consistently, findings have shown.

Last week Wednesday, following the new development, for the first time, the country recorded a daily energy generation output of 111,591.83MWH of electricity, exceeding the existing record generation by about 507.22MWH more than any previous level.

“It is unprecedented – the performance of the sector continues to improve despite the COVID-19 lockdown. The new peak is also happening two days after the previous maximum daily energy peak,” general manager, Public Affairs, TCN, MrsNdidiMbah, said.

Mbah is optimistic that if the trend continues, sustaining the current peak performance would not pose any challenge, stressing that the current consistent gas supply to the generation plants has ensured that some certainty now exists in the industry.

She traced the improvement in power generation to the resolution by the stakeholders to ensure adequate gas supply, noting that all the plants hitherto starved of gas and were not producing power at all had gradually picked up while those that were operating at lower capacities are now in peak performance.

On what is responsible for the improvement, she said: “Remember the stakeholders had a meeting recently. So, now they are sending more gas to the plants and it has become more consistent.

“Some plants that were not generating at full capacity are now doing so. Even some turbines that were out because of lack of gas are now generating and sending power to the national grid.

“So, it is no longer a matter of having gas in the morning and it is not available in the evening. There’s more consistency now which is helping.”

Similarly, TCN noted that Rivers IPP, AFAM IV-V and Paras Energy were also generating with a shortfall of 40MW, 60MW, and 30.2MW respectively, while the Azura and Odukpani power plants were the only two thermal power generating stations generating at full capacity into the national grid as of early April.

Nigeria’s power sector in 2019 plunged further to a new low and primarily failed to satisfy consumers’ appetite for quality electricity service. Just like in 2018, when it produced an abysmal average daily supply of 3800 megawatts (MW) for millions of Nigerians to share, the sector in 2019 even went lower than expected.

And after taking in billions of naira invested as intervention funds, it failed to at least maintain the 2018 daily production records, and instead dropped its average daily output level to 3775MW. It added to its poor outing an average volume of 3587MW of electricity that could not get to homes and offices of Nigerians every day in the year.

Operational statistics from the office of the vice president, Prof. YemiOsinbajo, indicates that due to inefficiencies such as gas shortage, distribution and transmission infrastructure challenges, the 3587MW – almost as much as what was supplied daily in 2019, could not be produced or put on the national grid.

Osinbajo’s office also stated that as a consequence, the sector equally failed to earn a whopping N609.532 billion worth of revenue that could have been earned if that volume of electricity got to homes and offices in the country.

It explained that in 2018, what the sector lost as unearned revenue between January 1 and December 20 when the calculations for this report were done, was N517.088 billion.

Additionally, Osinbajo’s office disclosed that constrained volume of electricity in 2018 was 3043MW, indicating that instead of improving on its output, the sector rather raised the volume of constrained electricity volume by 544MW and unearned revenue by N92.4 billion.

A former chairman of the Nigeria Electricity Regulatory Commission (NERC), Dr Sam Amadi, had questioned the impact of the financial bailouts the government had so far extended to the sector which included an N213.4 billion bailout in 2014 through the Central Bank of Nigeria (CBN)-Nigeria Electricity Market Stabilisation Facility (NEMSF) and N701 billion through the same CBN in 2017, describing them as perhaps evidence that the sector could be failing.

“The bailouts are unfortunate but necessary except you want a cessation of electricity business in Nigeria. Bailouts are what you get when your reform fails; when there is no commercial viability in the sector. The government must step in.

“But my problem is the manner of the step-in. Government is taking all the risks and leaving benefits to private operators. If you provide the money, then take some responsibility for decision making so you can control market behaviour. Otherwise, the bailout becomes a moral hazard that induces bad corporate behaviour,” Amadi warned.

He also talked about the enforcement action on the Discos which the NERC had disclosed the outcome of its review of their response and said the regulator could do comprehensive enforcement rather than focus only on the Discos’ financial remittances.

“We want more power and worry less about the quality of power. But the regulator needs to work the trapeze and somehow protect consumers interest while promoting the production of power.

“In theory, this works fine. In practice, the balance must tilt one side. Presently the operators are getting more attention with all the ‘bail-outs’ and focus on tariff regime.

“But we need to drive satisfaction for consumers by putting the Discos feet on the fire. I think the query to Discos should not just focus on the failure to settle bills. It should include failure to serve customers well,” he noted.