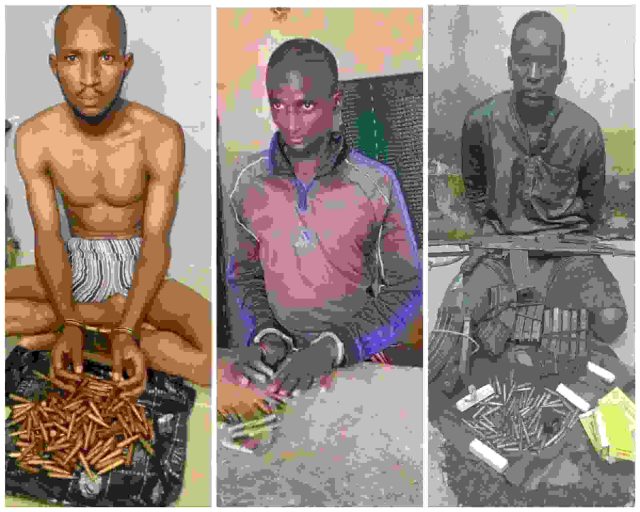 The Nigerian Police Force have arrested three suspected bandits and an arms dealer with riffles and over 521 rounds of ammunition in Kaduna state.

He said the suspects have made confessional statements, which were helping the Police in their investigations.

Jalige noted further that the suspects and all exhibits have been taken into custody while the Commissioner of Police, Yekini Ayoku, has directed an investigation with a view to arresting and prosecuting the suppliers and the users of the items.