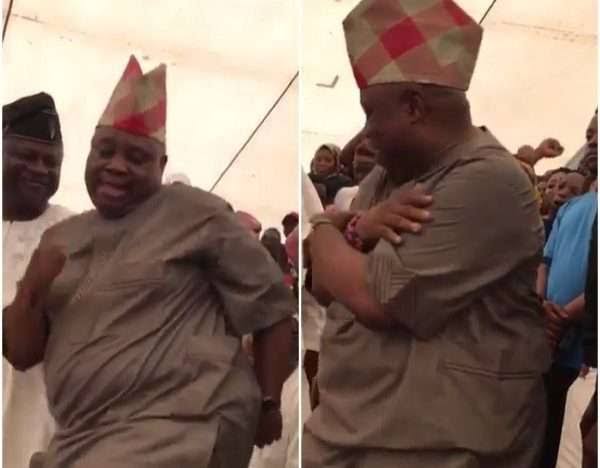 The Senate spokesperson and lawmaker representing Osun Central Senatorial District, Senator Ajibola Basiru, has said that the candidate of the Peoples Democratic Party (PDP) in the forthcoming Osun State governorship election, Senator Ademola Adeleke, does not stand a chance against the incumbent governor, Gboyega Oyetola.

According to the Senate spokesperson, Adeleke did not have anything to offer the people of the state, advising the leadership of the PDP to cover their faces in shame for finding no other worthy candidate to field other than Adeleke.

“Mark my words, Adeleke will be a serial loser. He doesn’t have what it takes to be a governor because he has no relevant experience in any field.

“He is somebody that got to school after he had contested the governorship election and he is being called to come and administer a state of 4.8 million people, which is absurd.

“It should be a thing of shame even for the political party that is fielding him”, he said.

Basiru also mentioned Governor Oyetola’s sterling performance in the past three and a half years as one of the factors that would help his re-election bid.

“These achievements cross the areas of infrastructure. As I speak, more than 500km of roads have been tarred and completed, and other very relevant infrastructure development has been underway as well.

“In the area of health, he has done marvellously well. More than 320 primary health care centres have been completed.

“In the area of education, aside from ensuring the vibrancy of the education sector and reverting to a 6-3-3-4 system, he has also recruited 1,000 teachers and properly trained and given them the necessary wherewithal to be able to work. The recruitment was based on merit and not politicised so that standards will not be compromised.

“Of course, in terms of social intervention, he is very useful in supporting traders. As I speak today, he has supported traders to the tune of more than N2bn in terms of interest-free loans. There is also the feeding programme which is called “Ounje Ileri,” and this is aside from the school feeding programme by which public school children in primary schools get fed on a daily basis with nutritious food.

“In addition, there has not been a single hour of strike in the public sector in the last three and a half years. Not only are salaries paid promptly every month, a sum of N300m is also committed to the payment of arrears for pensions accumulated over a long period of time.

“Most recently, he released an additional N1.1billion for the contributory pension scheme. In all ramifications, he has been able to use his vast experience in the private sector and, of course, public sector experience, having been in government since 2010, to manage the resources of the state.

“So you cannot be comparing Oyetola to Adeleke, who is not even a close match”, the senate spokesperson boasted.