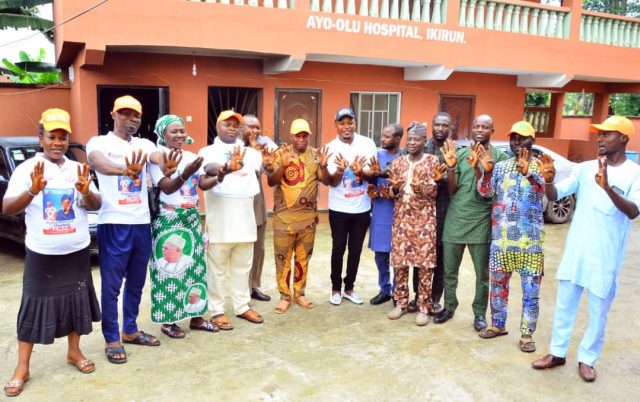 The birthday celebration which was ushered in with prayers at his residence in Osogbo, had league of Islamic scholars leading the prayer, while family and friends, political associates and well wishers joined the prayer chain.

The celebrant after the prayer session, used the opportunity of his birthday to distribute support package to patients in Ayoolu hospital, Titilope hospital and Araromi hospital domiciled at Ifelodun North LCDA.

Free PMS was distributed to over 100 motorcyclists at Moshadek Filling station as part of the birthday celebration and effort to identify with the people.

Hon. Olaniyan while speaking said, the gesture is to thank his creature for witnessing another year on earth and also to identified with the less privileged.

The chairman also hinted that the gesture is part of his mandante to cater for the less privileged, saying he will continue with it as far as God gave him the opportunity to do so.

He said his core mandate is to put smile on the people’s faces, particularly those that find it difficult to cope with the declining economy.