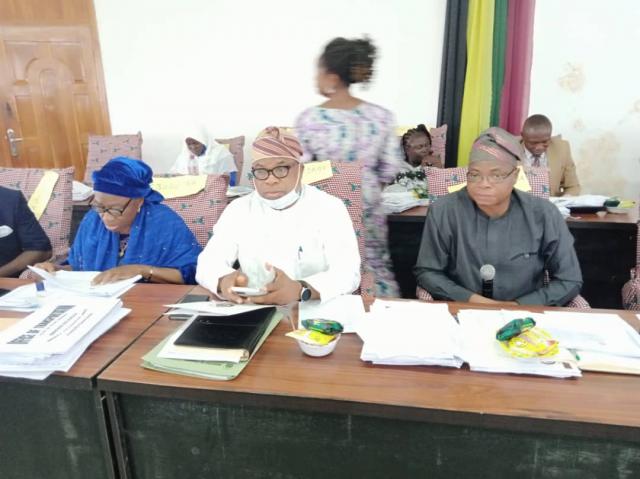 Osun Commissioner for Finance, Mr Bola Oyebamiji has on Tuesday called for concerted efforts towards revenue generation as a means of assisting Governor Gboyega Oyetola in his determination to rapidly develop the state.

The Commissioner stated this while addressing sectors of the State at the ongoing bilateral meeting on the formulation of the State’s 2021 budget held at the government secretariat.

Oyebamiji stated further that the Governor within the last two years of his administration, has earned the trust of the people with delivery of good governance, hence the need for everyone who mean well for the state to support him by assisting in improving the revenue profile of the state.

While explaining that no government will be able to deliver on promises made to the electorate without adequate funds, Oyebamiji stressed that despite the paucity of funds, the present administration has continued to pay salaries even before the end of the month.

He said, “With the sincerity of purpose we have all seen in our Governor, we should now realize that he is someone who is ready to give more to the state if there is more resources at his disposal.

“That is why it is important that we all have to make concerted efforts to improve the revenue of the state. We are lucky to have a Governor who already has a template for development that he is passionate about it.

“As we are all aware, the economy of the world, Nigeria and our state is still very fragile as a result of the effect of Covid-19, despite that fact, Oyetola has been paying full salaries even before the end of the month and at the same time paying attention to infrastructural development across the state.

“We need to seriously think of how we can assist our state to move forward and this is through generating more revenue for the state.” The chartered banker stated.