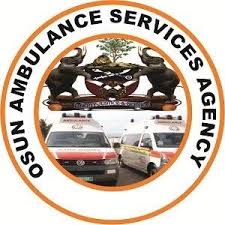 The General Manager of Osun Ambulance Services Agency, Dr Samuel Babatunde says Governor Adegboyega Oyetola has on his priority list, quantitative heathy living of the citizen of the state, hence his decision to provide necessary logistics for the agency to thrive.

Babatunde who spoke on Monday, debunked allegations of poor remuneration against the management of the agency by some of ad-hoc staff employed by the agency.

He noted that the allegations raised against the management of the agency were untrue.

It would be recalled that the ad-hoc staff of O-ambulance staged a protest alleging the management of the agency of poor remuneration and actions capable of grounding the effectiveness of the agency, amongst other things.

While reacting to the allegations, Dr. Babatunde in a statement, said the workers were only being mischievous and allergic to positive changes effected to make each and everyone of them efficient and accountable for medical materials and vehicles in their custody.

He added that the agency under the leadership of Governor Oyetola, is working tirelessly to ensure that it is operating professionally with adequate funding.

According to him, there is no state in the whole country, that is rendering the same services except Lagos.

He noted that with its quick response, Osun Ambulance Services is second to none, emphasising that the fortification of the agency, is aimed at curbing absenteeism, fraud, laziness and indiscipline, which were the order of the day among the paramedics and drivers, was the reason why they were making frivolous allegations against the agency.

“My first assignment is to curb indiscipline, which was about 99% as at that time. Most of the vehicles and ambulances were completely mismanaged. We had to spend a lot of money on repairing them. There was no discipline and commitment to work at all,” he said.

“The ad-hoc staff of O-ambulance only work for a week in a month. Which means they only work for 12 weeks in a year and they collect their stipends of N15,000 at the end of the month without any delay. Even the agency do pay their stipends in advance sometimes. But the problem now is that, with all these privileges they have, they are still demanding maternity leave which is not too reasonable.

“Initially, when they (paramedics and drivers) were employed, they were to work for three weeks and have a week break but later, it was changed it to just a week work and three weeks break. Even at that, most of them don’t go to work, especially those who have their units in their areas of residence. Those who work are the ones in Osogbo and those posted to busy highways.

“There is a rule that for anyone to leave his duty post, he or she must inform his supervisor and anybody who fail to do so, certain of money will be deducted from his or her salary and if that occurred three times, the person will be suspended without getting any salary.

“In our swift comparison with other ad-hoc staff Whitaker working with other sister agencies like O-yes, O-Tram, O-Waste just to mention but a few collects N10,000 per month and they work everyday from Monday to Friday. I think, for O’Ambulance to have enjoyed working a week in a month and gets their stipend fully paid, they need to be cautioned.

“This is just to make them conform and we are getting results but they were not happy about it. To curb absenteeism, we secured free accommodation in every local government with the aim of posting people outside their indigenous area and we achieved that but they don’t like it at all.

“They were told from the beginning that a pregnant woman cannot work with us and even if the lady was not pregnant before he joined us, once she is pregnant, we have to disengage her because there is no place in the world where a pregnant woman will be doing an emergency service. However, she is free to come back after she delivered and could work without bringing her child to duty.

“They only work for just a week in a month and most of them will even not want to come to work! They just want to be receiving salaries. We have some of them engaging outsiders to cover up for them when duty calls. We found out that some of them have left the agency but refused to report to us. Such people, as discovered, had negotiated with other workers to be covering for them.

“The ad-hoc staff allegation accusing the agency of deducting from their Salaries, is not true. The ad-hoc staff stipend payment is not the agency’s responsibility. The responsibility apportioned to them is just to prepare their stipend, forward same to the ministry of finance, and the ministry will send it to CHAMS which is the organization that is in charge of salary payment in Osun.

“We are performing tremendously well. We are promoting accountability and transparency in our administration. We have embarked on periodic update and regular training for the ad-hoc staff.

“As a matter of fact, the agency is working fervently to make sure that the stipend of the ad-hoc staff is increased in order to motivate them because they are expected to increase their services too.

“We don’t owe them salaries. Their salaries are being paid regularly with the civil servants’. With what we are putting in place, O’Ambulance is now more efficient. You can ask people around.”