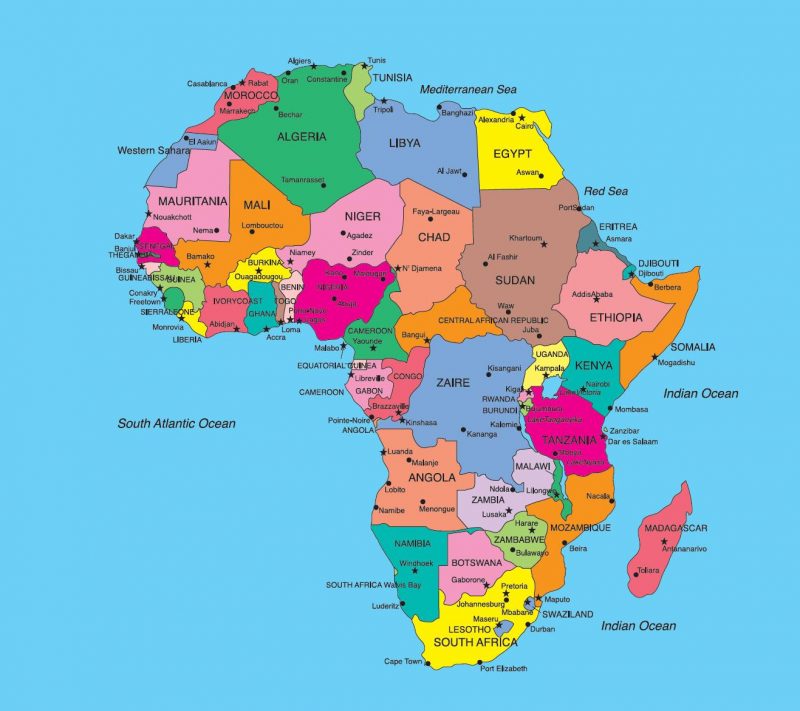 Since the U.S. BUILD Act was signed into law last October, many African nations, officials, and businesses, as well as the Africa Diaspora, have wondered what this new global initiative will do to help reinvigorate U.S. policy toward Africa.  The answer is quite a lot.  The goal of BUILD or the “Better Utilization of Investments Leading to Development Act” – is exactly what the American private sector has long sought.

BUILD does a number of positive things to boost the US-Africa economic, business, and development relationship: it checks China’s growing economic influence in Africa; creates more robust and flexible investment tools for US companies to use; and BUILD expands how America’s development funding will promote Africa’s job creation, support entrepreneurship, and help grow Africa’s small and medium-sized businesses.

The new USDFC also will assist in helping African countries transitioning from nonmarket to market economies, even more important today as the continent’s 55-nations recently formed the Continental Free Trade Area (CFTA), creating a $2.4 trillion market. The CFTA, if realized, would further open-up opportunities for US goods, services and the African private sector.

Make no mistake, however, that BUILD is still about aligning U.S. development assistance with U.S. foreign policy objectives.  But BUILD’s upside for African nations is that the USDFC will help them achieve their objectives too, such as modernizing their economies, and increase job opportunities and skills training for their citizens, particularly for women and small businesses.

The other good news is that the BUILD Act is bipartisan legislation, in keeping with what has been a tradition since the late 1990s of Congressional Republicans and Democrats positively working together on Africa issues, particularly to pass key laws.  This includes the African Growth and Opportunity Act (AGOA), a landmark trade law that has drawn investment to Africa and improved the economic well-being being of innumerable Africans.  Bipartisan support means that BUILD will be durable, and even suggests its possible expansion in the future.

BUILD and the new USDFC are powerful instruments that should create opportunities in African countries hungry for growth, jobs, and access to much-needed capital to help spur economic development. U.S. businesses active in the region will expand as they will have additional financing tools at their disposal, and more importantly, BUILD modernizes America’s antiquated development finance capabilities so they can address the challenges of the 21st century, while also increasing U.S. exports and jobs.

BUILD is a needed response to China’s rapidly expanding economic presence in Africa.  Today Chinese companies are dominating foreign investor in many African countries.  Unfortunately, the practices of many of these companies are harmful.  Labor standards are low, quality can be shoddy, and corruption often underlies Chinese business in Africa.  The USDFC will help U.S. businesses better compete against state-subsidized Chinese firms.  That will be good for Africans, who will enjoy more options for potential business partners, while U.S. companies will bring elevated standards to Africa.

Then there is Africa’s stability. Africa’s stability, in turn, is good for US national security. We all recognize in today’s global environment that economic growth can help stabilize nascent and evolving democracies. The USDFC can play a role in this regard as its contribution to encouraging market-driven economies can aid in resulting stability for an African nation.

In the end, the BUILD Act, and the USDFC it creates, finally reflects what many of us who have served in the U.S. Congress and other parts of the U.S. government have wanted for many years – more support to US businesses in Africa to help their competitive edge, especially as a counter to China. The end results also match what African nations have said for years that they wanted to see from us – a more diversified U.S. private sector operating in the region, and more sustainable development and social sector initiatives.

It is the right mix of things at the right time, and if the US is going to be competitive in Africa, BUILD is a timely must-do benefitting both Americans and Africans. We should also keep the BUILD Act and its wonderful objectives in view, ensure that it’s properly implemented, and encourage our African partners to see BUILD as an outstretched hand and message that the US-Africa business relationship is both important and potentially very strong.

Ed Royce is the former Chairman of the U.S. Congress House of Representative Foreign Affairs Committee, who began his Congressional career in 1992, representing Southern California’s 39th District. Royce served as Foreign Affairs Committee Chairman from 2013-2018, departing Congress after completing 26 years. He is a well-respected Africa and Asia policy expert, traveled extensively in Africa, and is a Policy Director at Brownstein Hyatt Farber Schreck.

Robin Renee Sanders is currently CEO of FEEEDS Advocacy Initiative which focuses on Africa development, and FE3DS, LLC, which works on business strategies for Africa. Sanders,  a former U.S. career diplomat who severed as ambassador to Nigeria, Republic of Congo, and the West African regional organization ECOWAS, holds a doctorate degree in information systems and communication, is the recipient of six State Department awards, and several Africa Diaspora advocacy honors for her work with Africa small businesses. She is the author of two books – “The Rise of Africa Small & Medium Size Enterprises,” and “The Legendary Uli Women of Nigeria.”

This article was first published in Allafrica.com written by the former Chairman of the U.S. Congress House of Representatives Foreign Relations Committee, Ed Royce and former U.S. Ambassador Robin Renee Sanders on the U.S. Government BUILD Act, which invigorates US-Economic Ties, particularly for Africa.  Permission is granted for reprint in any fashion, but along with the tag line. “First Published in AllAfrica.com.”