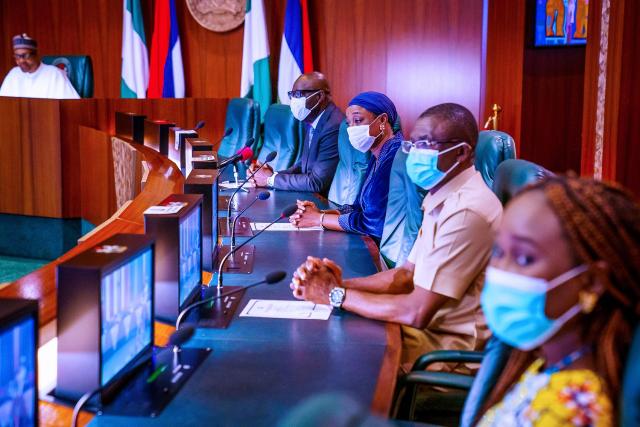 The duo who went with their spouses said it was to thank the president after winning the state governorship election.
‌
Obaseki, however, while speaking to State House correspondents after meeting with Buhari, dismissed speculations that he may return to the All Progressive Congress (APC), noting that it would be immoral to return to the party.

The governor who defected to the Peoples Democratic Party (PDP) from the APC following a rift with Comrade Adams Oshiomhole, which led to him being denied the ruling party’s ticket, beat Osagie Ize-Iyamu who became APC candidate at his expense.

Obaseki who was asked about the possibility of making a return to his original party, maintained that he would not, as according to him, doing so would make him lose his integrity.