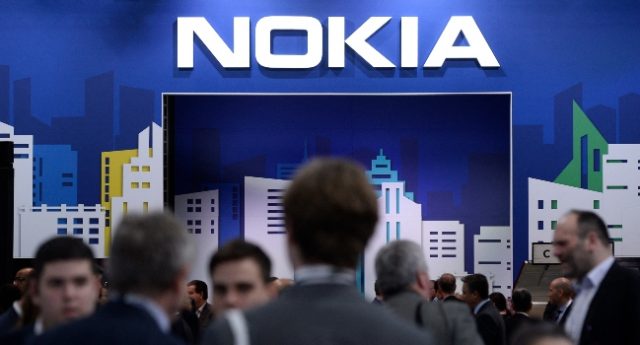 A huge cost-cutting drive and focus on a few key areas in the face of tough competition over super-fast 5G networks will see Nokia  slash up to 11 per cent of its workforce within two years, the Finnish telecoms equipment maker announced on Tuesday.

Much of the savings are to be re-invested into research and development (R&D), the firm said, especially in Nokia’s mobile networks and cloud operations, after new chief executive Pekka Lundmark pledged last year to “invest whatever it takes to win at 5G.”

Analyst Kimmo Stenvall of OP Financial Group told AFP: “The firepower of R&D is huge at the moment in Nokia so this will bear fruit in the future, but investors will have to wait a couple of years to see how it turns out.”

The company said it was “too early to comment in detail” on where the job cuts will take place.

Nokia however told AFP that France would be spared job losses, given that 1,000 posts were already being cut following Nokia’s 2016 takeover of Alcatel-Lucent.

Finland, where the group is headquartered and where it last year recruited over 1,200 new staff for 5G posts, is also expected to emerge largely unscathed, with Nokia saying that it expects the restructuring to have a “net positive” impact in the Nordic country.

Nokia has flagged in the three-way race against Ericsson and Huawei to dominate the 5G equipment market, notably failing to make inroads in China.

The firm has had difficulties competing on price and has struggled to convert some of its existing 4G bases into 5G wins, losing out on a major Verizon contract in the US last year which will impact the outlook into 2022.

After Lundmark took the helm in August 2020, he scrapped previous CEO Rajeev Suri’s strategy in favour of a more focused approach.

The company will in future be structured around four business groups aligned with customer buying behaviour — Mobile Networks, IP and Fixed Networks, Cloud and Network Services and Nokia Technologies — each with its own profit and loss sheet.

“In those areas where we choose to compete, we will play to win,” Lundmark said in Tuesday’s statement.

“The 5G cycle is quite long so there is still room to gain the market share, but it is much tougher than two years ago,” Stenvall said.

Following takeover rumours last year, Tuesday’s move “is a really strong statement that Nokia will remain independent and that they will come back in a few years’ time,” analyst Mikael Rautanen of Inderes told AFP.

The firm said its 2021 outlook remained unchanged, with a 7-10 per cent operating margin target.

The Finnish group is due to announce further details of its strategy and long-term financial forecasts on Thursday.