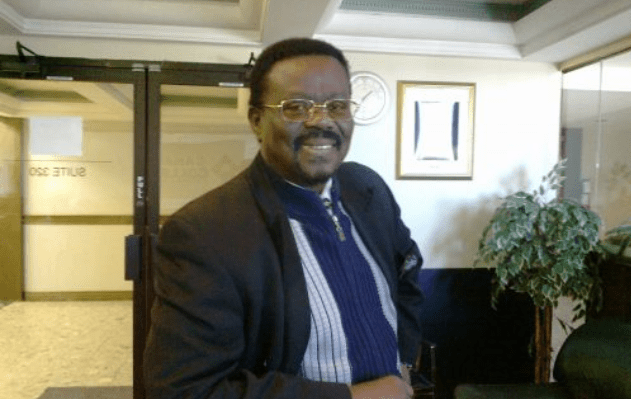 What is the big deal about dissolution of a marriage, any marriage that does not work and may not ever likely work? I remember a former Israeli Defence minister Moshe Dayan whose marriage collapsed after 32 years. And I am talking of a marriage that was voluntarily entered into, freely negotiated by the families of the bride and bridegroom before marriage was consummated. Marriages are regularly dissolved all over the world regardless of how many years the couple had spent together, regardless of how many children between them and how huge the investments the couple made while the going was good. Whenever any normal people, even twins, cannot live together they split and go their separate ways.

Let us face the hard fact; the country which the British colonialists thought might evolve from the merging of their business interests in West Africa never succeeded in becoming a unified country talk less of ever becoming a nation. Every segment of the nationalities hurriedly yoked together by force along the boundaries created by colonial greed in Berlin simply refused to shed the feathers of artificiality thus making cohesion impossible, difficult and unattainable.

It was not as if there were no efforts to make forced marriage work. The leaders who were given the burden to make it work tried their best based on agreement that parties in the marriage would respect their boundaries, engage in healthy competition and each wife in the polygamous setting would take care of their children and no wife would ever be over bearing or attempt suicidal domination. Barely five years into a fairly successful con-federal parliamentary arrangement, the Military tore into the garment of the union and destroyed the very fabric of the association thus killing the soul of the country from which it never recovered till date.

The problems of Nigeria are too well known to every observer all over the world. Diplomatic communities as well as international agencies even know better than Nigerians that the country is in the throes of death. We have a historic responsibility to stop the bleeding and prevent imminent mass suicide. It is a critical, urgent and soul-saving responsibility to stop our drift towards total anarchic breakup which naturally follows breakdown.

Nigeria has gone past lamentations and blame game. The country has reached a dead end where no single factor can be held responsible for its woes and unworkability. Religion, ethnicity, bad leadership/followership, corruption, greed, and size, cannot be held responsible for the woes of the country. If we are talking of size, Russia is the largest country in the world followed by Canada, China and the US. These four countries are working. But what is common to the four is the near independence of each region/province/state or whatever their confederating units are called. No part of the country, not even the centre ever attempts to reduce its components to robots or serfs.

The United Kingdom is working today because Scotland, Wales and Northern Ireland are semi-autonomous. Major countries of the world are language based. France is for the French. Germany is for Germans. England is English. Canada which is 80% English speaking concedes equal rights to the French speaking Quebec.

There is no doubt about each nationality in Nigeria doing excellently well if they are relieved of the bondage of the so-called central government in an unworkable unitarism. There is no region of the country that is happy with the present status quo. A country like the Igbo nation would outstrip Japan and South Korea in industrialization within a decade if self-determination guarantees its sovereignty and is free to replicate the technological wizardry it performed during the short-lived Biafra country. Similar buoyant possibility awaits Izon [Ijaw] nation or the Kanuri nation.

It should be emphasized that the negligible but very powerful and vocal minority that are still preaching Restructuring are being driven by fear and intimidation. They believe, wrongly though, that every marriage dissolution must perforce end in bloodshed. There are divorced couples all over the world that still live under the same roof. The USSR, at its peak the co-most powerful country on earth, dissolved without firing a shot. What is required is to let everyone realize that Dissolution of Nigeria only means REARRANGEMENT/REALLIGNMENT of administrative structure. The six or so countries that will take their destinies in their own hands will still engage in trade and commerce with each other. They will still be members of the West Africa Economic Community with all its protocols. They will still sit together at African Union. They will add to the strength of African nations’ votes at the UN. The ports will still be available for use in the hinterland just as the Lome and Coutonou ports are serving Niger, Mali, Burkina Fasso and other landlocked countries as it is practiced all over the world. People will sit around tables to discuss assets and liabilities sharing and other matters apropos. Britain entered into a marriage with the rest of Europe and later chose to work out of the Union. No qualms.

We are making too much noise about Dissolution while there are so many organizations in Africa that have even gone a step further, like the New Africa Map Movement clamouring for jettisoning the Berlin Conference imposed artificial/unnatural boundaries in Africa.

In other to allay our fears and learn from the examples of others, we should realize that since the year 1990, according to Matt Rosenberg [July 11,2019] 34 new countries have been created, many as a result of the dissolution of the U.S.S.R. and Yugoslavia in the early 1990s. Others became new countries as a result of anti-colonial and independence movements, including Eritrea and East Timor.

Fifteen new countries became independent when the Union of Soviet Socialist Republics (U.S.S.R.) dissolved in 1991. Most of these countries declared independence a few months before the Soviet Union officially collapsed: In other to allay our fears and learn from the examples of others we should realize that since the year 1990, according to Matt Rosenberg [July 11,2019] 34 new countries have been created, many as a result of the dissolution of the U.S.S.R. and Yugoslavia in the early 1990s. Others became new countries as a result of anti-colonial and independence movements, including Eritrea and East Timor.

Fifteen new countries became independent when the Union of Soviet Socialist Republics (U.S.S.R.) dissolved in 1991. Most of these countries declared independence a few months before the Soviet Union officially collapsed:

Yugoslavia dissolved in the early 1990s into five independent countries:

June 25, 1991: Croatia and Slovenia. September 8, 1991: Macedonia (officially The Former Yugoslav Republic of Macedonia) declared independence on this date, and was subsequently recognized by the United Nations

April 17, 1992: Serbia and Montenegro, also known as the Federal Republic of Yugoslavia

Thirteen other countries became independent through a variety of circumstances, including independence movements:

Namibia became independent of South Africa on March 21, 1990. Previously, Namibia was known as South West Africa when the latter was officially a German territory.

On October 3, 1990: East Germany and West Germany, same people, same language and culture, merged to form a unified Germany after the fall of the Iron Curtain.

On September 17, 1991: The Marshall Islands which was part of the Trust Territory of Pacific Islands (administered by the United States) and gained independence. On this same date, Micronesia, previously known as the Caroline Islands, also became independent from the United States.

On January 1, 1993: The Czech Republic and Slovakia became independent nations when Czechoslovakia amicably dissolved. The peaceful separation was also known as the Velvet Divorce, after the Velvet Revolution which had led to the end of communist rule in Czechoslovakia.

On May 25, 1993: Eritrea, which was part of Ethiopia, seceded and gained independence. The two nations later became involved in an unnecessary and avoidable war over disputed territory. A peace agreement was reached in 2018.

On October 1, 1994: Palau was part of the Trust Territory of Pacific Islands (administered by the United States) and gained independence as a former colony.

On May 20, 2002: East Timor (Timor-Leste) declared independence from Portugal in 1975 but did not become independent from Indonesia until 2002.

On June 3, 2006: Montenegro was part of Serbia and Montenegro (also known as Yugoslavia) but gained independence after a referendum. Two days later, Serbia became its own entity after Montenegro split without a fight…

On July 9, 2011: South Sudan peacefully seceded from Sudan following a January 2011 referendum. Sudan had been the site of two civil wars, and the referendum received near unanimous approval.

It is an indisputable fact that self-determination groups championing the interests of many nationalities throughout the world want sovereignty for their nations. It is the trend that will bring the world back to the original design and order which governed humanity before ambitious warriors and expansionists forced empires and rancorous large countries on the world. And of course, Greek Empire fell. The Roman Empire after 500 years of domination over a quarter of the entire world disintegrated, consigning itself now to mere Italy. The British, Portuguese, Spanish, Belgian expansionism and dominance dissolved. The City states of old were very manageable and achieved wonders in emergent civilizations. That is the inevitable picture of the future; manageable autonomous nations of people of the same language, the same culture, the same tradition and the same values.