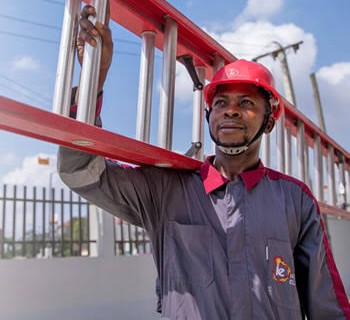 Residents of Ifesowapo in Agbado Oke Odo Local Council Development Area have asked Ikeja Electricity Distribution Company to take them off power grid over what they described as “outrageous billing.”

This comes as many residents of Lagos continue to lament huge electricity bills given to them for the month of November. Business Hallmark findings show that in Ojodu area for instance, residents of bungalows were given bills ranging from N70 to N100,000.

In a letter obtained by PUNCH on Monday, the residents of Ifesowapo asked Ikeja Electric to stop supplying power to their communities.

They threatened to drop their lines if the company refuses to cut them off in the letter signed by the Joint CDA Chairman, Mr Wasiu Bello, and the Secretary, Razak Shekoni.

The community leaders alleged that dialogue with the electricity distribution company was unsuccessful.

They claimed that efforts to get prepaid meters for residents in the area also failed.

The PUNCH gathered that some households in the community were charged between N24,000 and about N100,000.

“It is quite unfortunate that we have been at the receiving end of this dubious billing,” the letter read

“We do not intend to continue the use of your services. It has been agreed that you should disconnect your supply forthwith. If we do not see the necessary action, all residents will drop their lines and will not be expecting any corresponding bill.

“We also need to emphasise that none of your staff should parade themselves in our communities both for official and non-official assignment as we cannot guarantee their safety.”

In another letter, Olorunsogo Ifelodun CDA described Ikeja Electric’s estimated bill as not only callous but dubious.

“Without a proper energy audit, we find it strange and disturbing for any sincere service rendering company to assume consumption in a community to be over 600kw per residence.

“The billing for the month of November is not acceptable and very contestable. We are, by this notice, insisting on discontinuing the use of your services in our community,” part of the letter read.