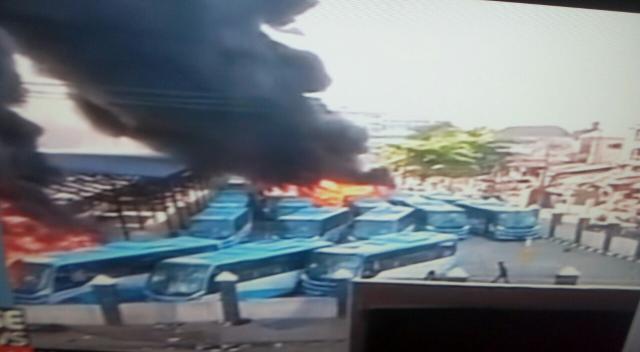 Angry protesters in Lagos on Wednesday set on fire down Television Continental (TVC), a private television station located in Ketu area of the state, believed to be owned by the national leader of the APC, Bola Tinubu. The station has gone off sir subsequently went off air.

The family houses of Lagos governor, Babajide Sanwo-Olu in Surulere and Lagos Island also suffered a similar fate as enraged youths set them on fire.

This comes as apparent reprisal attacks against those who were believed to be culpable in the killing of protesters around the state on Tuesday, particularly peaceful protesters in Lekki, an action which has caused global outrage.

At least nine people were killed at the Lekki Tollgate on Tuesday night when soldiers opened fire on protesters camping there.

Tens of others were also killed in different parts of the state following clashes between angry protesters and the police.

Meanwhile, Sanwo-Olu has announced the suspension of all activities in the state for the next three days.