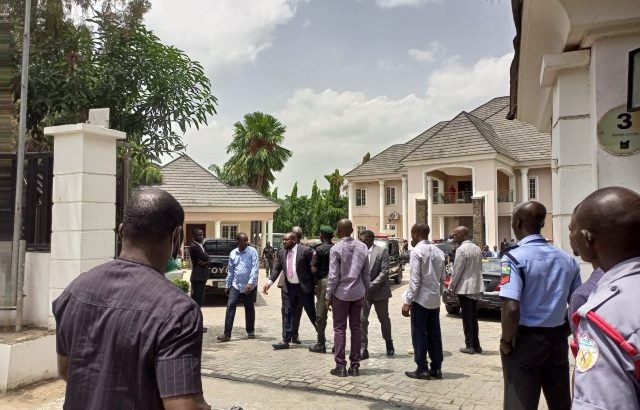 Operatives of the Economic and Financial Crimes Commission (EFCC), have laid siege to the home of Imo senator, Rochas Okorocha, in Abuja.

The operatives had arrived at the house on Tuesday to arrest him but couldn’t.

At the time of writing, EFCC operatives are within and outside the premises of Okorocha’s house.

The former governor’s aide who disclosed the development, said the operatives who stormed the house in Maitama district of Abuja allegedly without arrest warrant, insisted on forcefully taking the Imo West Senator away.

Though details of the operatives’ visit was not clear, Okorocha’s aide who didn’t want his name to be mentioned, said the EFCC operation was targeted at stopping the former governor from attending the screening of APC presidential aspirants