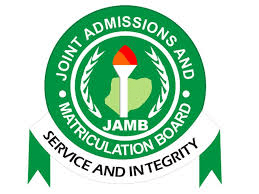 The Joint Admissions and Matriculation Board (JAMB) has set 160 and above as cut off mark for 2020/21 admissions into universities across the country.
The Registrar of the board, Prof. Is-haq Oloyede, disclosed this during a presentation of the policy considerations at the 2020 Policy Meeting on Admissions to Tertiary Institutions on Tuesday in Abuja.
Oloyede said that 120 and above have been approved as cut off mark into Polytechnics and 100 and above for both Colleges of Education and Innovation Enterprise Institutions.
He explained that the decision was taken after each of the Institutions had voted and prescribed minimum cut off marks for their schools.
” No University would be allowed to admit a candidate if he or she has scored less than 160 in the Unified Tertiary Matriculation Examination (UTME).
” Also, that is not the only thing that would be taken for admission, some would do post UTME and other physical assessments and that will be added to it to determine the cut off mark.
” Nobody can admit a candidate with a score less than what the institution prescribed. That is, those who voted for 210 can maintain the figure and not 209 or anything below 210.
” All those who prescribed less than 160 for universities cannot be accepted but 160 and above and the same goes for Polytechnics and Colleges of Education.
” Every institution will have what it prescribed for itself except for those who prescribed lower and have to come up above the minimum mark,” he said.
Oloyede said that there would be no admissions outside the board’s Central Admissions Processing System (CAPS).
According to him, any institution that violates the decisions as agreed at the policy meeting would be sanctioned.
He said that the admission process for 2020/21 would commence from August 21.
”Following the country’s uncertainty in the events of the pandemic, a date for the deadline has not been decided yet but would be communicated later by the Ministry of Education.
”All institutions, must not charge more than N2000, including bank charges, for their post UTME,” Oloyede said.
The Registrar said that waiver has been approved for foreign candidates, the deaf and blind as well as prison candidates against sitting for post UTME screening.
”This, was because of the difficulty in the process as complained by the group,” he said.
The News Agency of Nigeria (NAN), reports that the meeting was organised by JAMB to signify the commencement of admissions into tertiary institutions.
NAN reports that the meeting, which took place at the JAMB’s Headquarters, had in attendance the Permanent Secretary, Ministry of Education, Director General of the National Youth Service Corps and staff of the Board.
Other participants: include Vice-Chancellors, Rectors and Provosts of all tertiary institutions across the country, as well as members of JAMB governing board.
The meeting was held virtually via the Zoom network. (NAN)