Terrorist group, the Islamic State West Africa Province (ISWAP), has claimed responsibility for an attacked on a police vehicle in Ondo State.

The terrorist group, formerly known as Jamā’at Ahl as-Sunnah lid-Da’wah wa’l-Jihād, made the claim in a statement on Thursday, noting that the attack was carried out by “soldiers of the caliphate.”

The attack occurred in Ipele, Owo Local Government Area of the state. 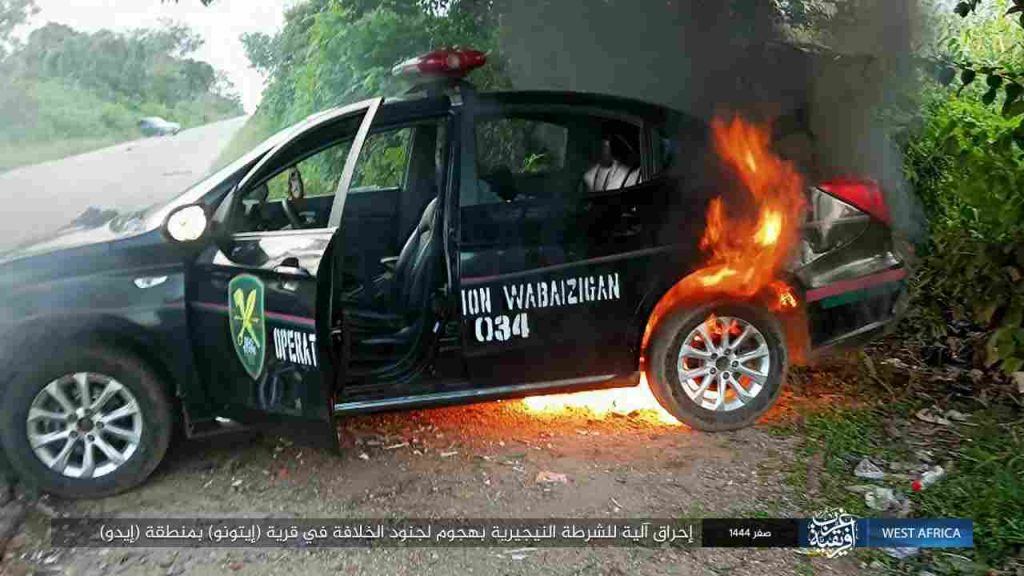 It claimed the fighters targeted an operational vehicle of the police with machine guns, which led to its damage. The group was however silent on if there was a casualty or not.

The attack if truly executed by ISWAP could be a hint that the terror group is making an incursion into the South Western part of Nigeria.

ISWAP had claimed expansion into Abuja, Kogi, and Taraba in the last six months.