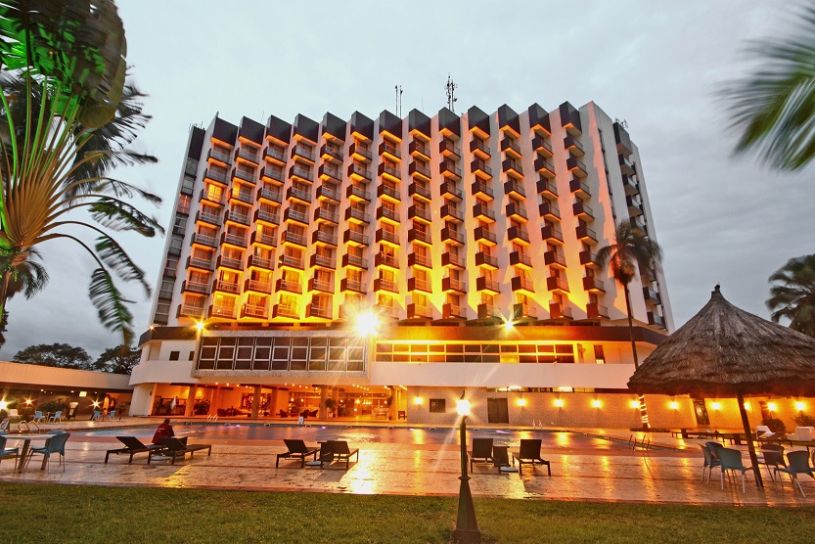 There is a glimmer of hope for the restoration of the old glory of Presidential Hotel in Enugu, this is just as the out-going governor of Enugu State, Sullivan Chime, has approved N4 billion concessioning agreement with E-Hospitality Services Limited (EHSL) to develop the hotel into a world class hotel in the coal city.
The deal with EHSL, according to the state government is to facilitate measures required in the redevelopment of the hotel. The firm was also offered the opportunity to manage the hotel under an international hotel brand name.
The hotel which was once the pride of eastern Nigeria, Hallmark gathered was one of the first iconic buildings built in post-independence as part of the Eastern government’s industrialization plan created under the late Dr. Mike Okpara.  With a unique offering of recreational and lifestyle elements, the hotel later metamorphosis into a choice destination for locals and foreign visitors.
It sits on prime land within the Independence Layout Enugu and is approximately 15 minutes by car from the Enugu International airport.
According to Mr. Ikechi Uko, Chairman Jedidah Promotion, at the time the hotel was opened to the public, it used to be the most expensive hotel in the entire South-east. He added that the hotel offered 100 rooms on 4 floors with recreational facilities such as swimming pools, tennis courts and a night club considered best in class.
He further noted that most people who spent their growing-up days in Enugu and other eastern states had fond memories of Sunday lunch in the Hotel’s restaurant as well as attending functions in the grand ball room.
He revealed that these memories however quickly fade once the reality of the hotel’s current state of disrepair was revealed. Military administration that had ruled that state, contributed to the rots and disrepair.  This culminated in a complete rundown of the Hotel and subsequent closure of the once iconic facility.
In the concession, EHSL is expected to undertake the project through a special purpose company – Primeview Hotels Limited. It was also revealed that there are plans to engage renown hotel management company to operate the hotel post renovation.
According to the company, following extensive research it conducted in the South-eastern part of the country, it discovered that the region lacked international standard hospitality services that are capable of attracting international tourists.
The company said, ”Given the strong demand for quality hotel, leisure and conferencing facilities in the region EHSL aims to breach this supply gap by providing what would be undoubtedly the premier business and leisure facility in the South-East zone when completed.
It also expects that with the growing Foreign Direct Investment-FDI, flowing into the zone and the commencement of direct international flights into Enugu airport and significant foreign traveler traffic, the hotel after fully renovated will  become the destination of choice for tourists.
Enugu is strategically located, being approximately an hour’s drive from the state capitals of Anambra, Abia, Imo and Ebonyi and about ninety minutes from Port Harcourt. The Hotel when completed will play a key role in facilitating business and socio-economic activities across the South-East and South-South zones.
Meanwhile, Primeview Hotels Limited has since taken possession of the facility and concluded preliminary surveys and assessments including a structural integrity test carried out by Sanni Ojo and Partners, a leading firm of structural engineers. The results of the tests have been positive.
EHSL however has assembled a team of world class design and engineering consultants and produced a redevelopment concept.
The company further revealed that the proposed redevelopment concept involves reconfiguring and modernising the existing hotel facilities such as Restaurants, Conferencing facility, Outdoor swimming pool, 4 tennis courts and increasing the stock of rooms from 100 to 150 rooms.
It said, ”In addition a Family leisure center will be incorporated and the number of restaurants and other elements increased in line with the requirements of the preferred hotel manager. It is expected that the main contract for the redevelopment will be awarded in Q4 2015 and the Hotel ready to be opened by Q2 2017.’’