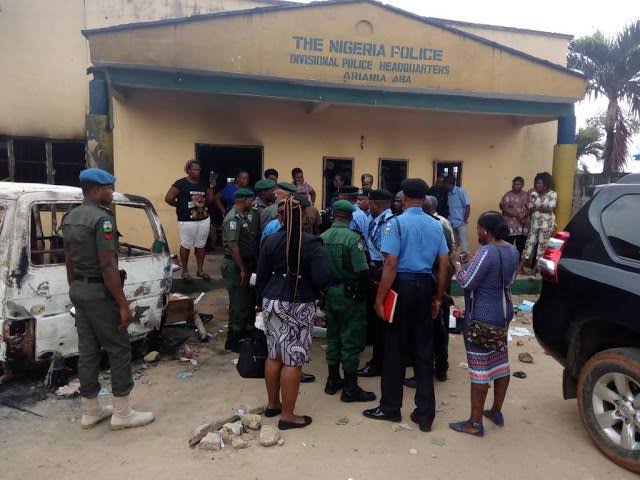 As at the time of filing this report, four police vans have arrived Odewale-Ojurin neighbourhoods, the scene of a face-off between invading hoodlums on a robbery spree and youths of the neighbourhood who are defending the area.

For three consecutive days, the teeming populations of Odewale-Ojurin- Opeilu and Oke Aro neighbourhoods of Ifo local government, have been under siege.

According to residents, hoodlums have since Thursday been terrorising residents , maiming and robbing innocent law- abidding citizens.
The community leaders in these neighbourhoods who spoke to our correspondents, said they have been living in fear , saying the hunger occasioned by the lockdown has been accentuated by inscurity in the area as a result of the criminal activities of hoodlums ” who have been raping our women and daughters and robbing us of our hard -earned money that we are managing to buy food in this period of restrictions”, as one of the community elders put it in his chat with this newspaper.

In fear, residents have constituted themselves into vigilantes and have been maintaining vigil to guard their neighbourhoods.
They decried their helplessness and are pleading with the Ogun State Police Command to come into their rescue. As at the time of filing this report, young men in Odewale- Rafko and Ojurin were seeing in groups with cutlasses and various dangerous weapons in anticipation of possible attacks.