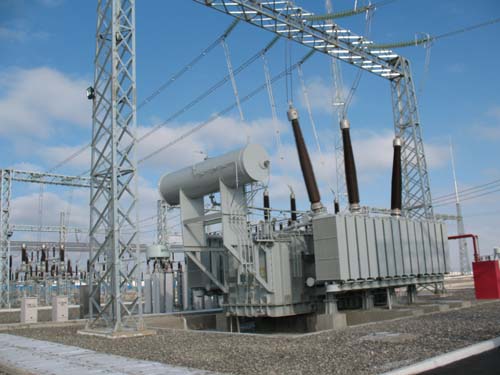 If the federal government fails to settle legal disputes over the $5.8 billion Mambilla Hydropower project, then the nation’s hope of having the gigantic project take off anytime soon will be in jeopardy and dash the prospect of improved electricity generation.

That was the condition given by the Chinese government for it to go ahead in providing 75 per cent of the required funding as earlier agreed. Several arbitrations had stalled the project for over 40 years. But Nigeria is pleading with the Chinese Embassy to ensure that the Chinese Export Import Bank (EXIMBANK) releases its part of the $5.8 billion funding for the 3,050-megawatt (MW) project.

Little wonder the ministers of Power and Water Resources, Engr. Saleh Mamman and Alhaji Suleiman Adamu respectively, visited the embassy in Abuja recently, along with the Minister of State for Power, Mr. Goddy Jeddy-Agba.

Adamu reportedly told the Chinese officials that the environmental impact assessment exercise was being carried out, and that the federal government and Taraba State have agreed on compensation payment to land owners at the project site.

He also said the Ministry of Justice was already working on a comfort letter to be presented to the China EXIMBANK backing Federal Government’s commitment to release an interim counterpart fund of $200m by the Nigerian Sovereign Investment Agency (NSIA).

In November, 2017, the ministry, under Mr. Babatunde Fashola, signed a fresh Engineering, Procurement and Construction (EPC) joint venture contract with Sinohydro Corporation and CGCOC, both of China but excluded the local partner, Sunrise Power and Transmission Company Limited (SPTCL), a development that attracted lawsuits.

According to Mamman’s spokesman, Aaron Artimas, the minister insisted that the Chinese government had enough influence to impress on EXIMBANK to hasten the process as the project could not be frustrated by any arbitration.

But the Chinese Ambassador to Nigeria, Dr. Zhou Pingjian, said his country does not encourage white elephant projects. He noted that EXIMBANK was already investing over $2.6bn in various projects in Nigeria, including the Abuja Greater Water Project, airport expansion and the Abuja-Lafia-Makurdi highway.

He, however, assured that although the Chinese government would not push EXIMBANK, it would try its best to impress on the bank to meet its commitments. But it appears Dr. Pinjian’s assurance is too diplomatic to calm the nerves of the Nigerian authorities.

Already there are six hydropower stations in Nigeria with cumulative energy capacity of 2,876MW.What it means is that the 3050MW Mambilla project which is yet to take off is 174MW higher than the combined capacity of these hydro projects.

While three are operational, three others are at various levels of construction completion and could be called into the national electricity grid anytime soon. Both Kainji and Jebba hydropower plants are in Niger State.

Kainji Dam, which was commissioned in 1968, has 922MW capacity and the 564MW Jebba hydro was completed in 1984. The former flows to the downstream of Jebba, about 100 kilometres apart on the River Niger. Shiroro Hydropower is built on River Kaduna, still in Niger State. It has 600MW nameplate capacity and began operation in 1990.

The Zungeru Hydropower has 710MW capacity and its construction began in 2013 in Niger State. It was awarded to Chinese firms – CNEEC and Sinohydro Corporation at $1.2bn. As at 2017, the Federal Ministry of Power said it was at 47% level of completion.

The daily operational broadcast in the power industry shows that Nigeria gets an average of 3,500MW, while the highest generation has been 4573MW.

“If the Mambilla station is built, it could take peak generation to 8,103MW capacity which is the current transmission wheeling capacity for Nigeria”, says Williams Asuquo, an electrical engineer.

He said making the Mambilla Hydropoer project a reality is imperative for Nigeria to make any headway in industrialisation and overall economic development.

“Are you sure the Chinese will be happy to see Nigeria’s power crisis resolved knowing what they and their economy are gaining from the present quagmire?”…he queried.

Records accessed by this paper indicate that there have been series of contract squabbles over the project. According to a 2013 China Aid Data report on the Mambilla project, the contract was first awarded in 2007 to CGGC and China Geo-Engineering Corporation (CGC) at $1.46 billion (about N527.8bn). It was to generate 2,600MW and to be completed in 60 months.

Although it was scheduled for completion in 2012, Sunrise Power and Transmission Ltd, a bidder shortlisted on bidding for the project, initiated legal action against the federal government in 2007, which stalled the project.

The federal government insisted on finishing the project in 2015 but the contractors contested that. By 2012, the project capacity increased to 3,050MW. China EXIM promised 75 per cent funding after the cost rose to $3.2bn, with CGGC and Sinohydro Corporation as the contractors.

As of November 2018, the hurdles remained despite government signing off the new contract to three firms under the joint venture. Mr. Leno Adesanya of Sunrise Power instituted a case, saying he was removed from the latest transaction. But in a swift response, the then Minister, Fashola, said there was no injunction stopping the project.

In a statement, Fashola gave reasons for removing Sunrise Power saying: “President Buhari is saying we are dealing with legitimate businessmen and the period of percentage and brokerage is over. That is the truth. There is a court case but there is no injunction.”

Fashola, in January 2019 also sued Mr. Adesanya for character issues. It is not clear whether that case is still in court.

The minister had allayed fears of Adesanya’s case stalling the project’s flag off saying: “I went with the former Minister for Finance, Mrs Kemi Adeosun, to negotiate with the China EXIM Bank and we brought up this arbitration issue and they said it wasn’t an issue for them. But in structuring the finance, there is going to be some hurdles to cross because it is a big project.”

“Our contribution to even start the early works, planning the surveys, resettlement is going on. The President has approved that part of that money should come from the Infrastructure Development Fund, funded by the Nigerian Sovereign Investment Authority (NSIA),” Fashola had said in November 2018.

Fashola, who is now the Minister of Works and Housing, had said the project after the ground breaking, is expected to be completed in 60 months. During the period, 116 local firms expressed interest to provide finance consultancy, logistics and security services within the five year construction period.

Nigeria-Siemens 25,000MW deal to the rescue?

As an outcome of a meeting between President Muhammadu Buhari and the German Chancellor, Angela Merkel, on August 31, 2018 in Abuja, a six-year electricity deal was signed by the federal government and Germany-based Siemens AG in July.

The three-phase Nigerian electrification project, which aims to achieve 25,000 megawatts of electricity in the country by 2025 will require more than N1.15tn to execute, according to the Technical and Commercial Proposal seen by Siemens.

President Buhari said at the signing ceremony that it was evident that more work needed to be done to upgrade the transmission and distribution system, adding that the government was initially reluctant to intervene as the distribution sector had already been privatised.

The deal, which will kick off by the end of this year will see Siemens generating 7,000mw and 11,000MW of reliable power supply by 2021 and 2023 in the first and second phases of the deal respectively. By 2025 when the contract will end, a total of 25,000MW is expected to have been met.

In a similar development, there are strong indications that the NNPC-Abuja Independent Power Project will soon receive a boost following an agreement reached between the Nigerian National Petroleum Corporation (NNPC) and the United States Trade and Development Agency (USTDA) to provide $1.16 million grant as part funding for the project.

According to a report by The Punch, the agreement was reached after a business meeting between top officials of both bodies in Abuja. The project is an important one for the NNPC because it is expected to deliver 1,350 megawatts to boost Nigeria’s power distribution plans. Also, it is another way to make more money out of Nigeria’s abundant gas resources.

The Group managing director of NNPC, Mele Kyari, said the deal is expected to be fully sealed by December 1st to complement the ongoing feed project that will make the power project attractive for more investors to partake in.

“As a state-owned oil company and enabler organisation, we know that our investment in the Abuja 1,350MW IPP will increase energy supply level with great impact on the nation’s economy.

“Therefore, the USTDA grant is timely to make it a bankable project that would attract foreign direct investment into the country.”