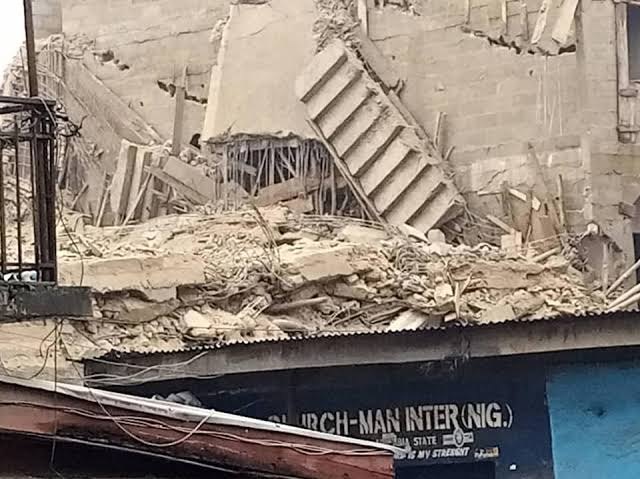 One person has been confirmed dead, while four others are trapped in a three-storey building under construction on Azikiwe Road, Aba, Abia State that collapsed on Wednesday.

The building collapsed in the early hours of Wednesday following a heavy downpour on Tuesday night.

Members of the Nigerian Red Cross Society arrived at the scene around past 8:00 am to search for trapped victims.

The Commissioner for Information in the state, Chief John Okiyi-Kalu, disclosed this in Umuahia.

“The government received with sadness news of the collapse of the three-storey building, which was under construction in the early hours of today, and the Governor immediately directed relevant agencies to the location as well as mobilised earth moving equipment to the site on a search and rescue mission,” he said.

“So far, we have one confirmed fatality and those on site are working to see if there are others trapped in the rubble.”