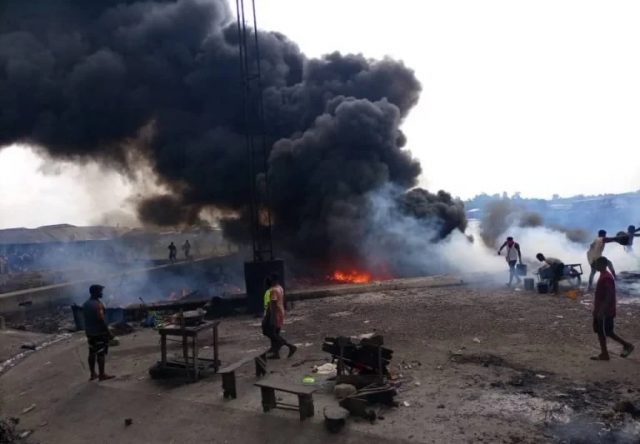 Fire on Monday, erupted at the Nembe/Bonny/Bille jetty in Port Harcourt, Rivers State with unknown number of people suspected killed.

The fire which is still raging had consumed over six market boats with passengers trapped in it.

Witnesses said the boats were lading and offloading at the jetty when the fire suddenly erupted, as it was believed to be carrying some illegally refined petroleum products.

This incident comes barely a day after an explosion rocked an illegal oil dumpsite in Rumuokoro axis of Obio/Akpor Local Government Area of the state.