Home Eye on Power Eyes on power: “Digging in a hole” 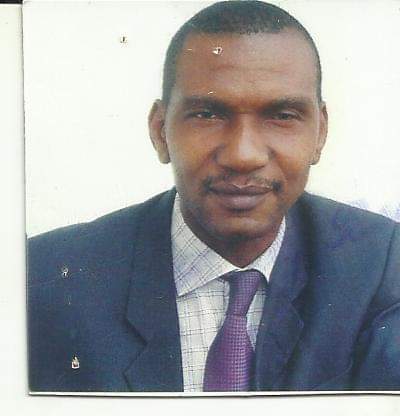 The governor of a fringe state like Ebonyi would have to do something extraordinary to attract national attention – like the controversial Yahyah Bello of Kogi, grandiloquent Okorocha of Imo and the loquacious and irrepressible El Rufai of Kaduna. But Gov. Dave Umahi does not fit into any of these molds.

However, he recently painted what appears as the most appropriate and descriptive picture of this government fiscal policy. In response to the proposed plan by government to raise the rate of Value Added Tax, VAT, Gov. Umahi likened government to a man who is a hole and digging deeper in the hole. How then would he come? This is quite apt, and may be his greatest contribution to political discourse in the country.

Nothing describes the present situation in the country and government desperation to extricate itself from the tightening noose of political failure than this; it is not only so allegorical and picturesque but captures the essence and motivation. How could anybody who finds himself in a hole and in need of escape be the one adding to the depth of the hole which makes it more difficult for him to come out? But that precisely is what this government seems to be doing with its policies especially the ones relating to taxation, debt and subsidy.

It doesn’t take much expertise in economics or finance to see that the government is deep inside a hole and desperate for escape but unfortunately has not only left it too late but is adopting the wrong measures. In the past four years of its first term, the government behaved as if nothing mattered to it and embarked on some policies and programmes that exacerbated an already bad situation. It thought it had eternity to stay in power; well, it is just four more years!

Last week the IMF released a figure which put subsidy payments since 2015 at N5.3 trillion. This amount is more than the entire subsidy paid since 1999 and more than the 2015 budget of the country. At last the government has admitted that subsidy must go. Finance minister, Zainab Ahmed said in Washington at the ongoing World Bank/IMF conference that it was time to do something about it.

Previous warnings by well meaning Nigerians and foreign agencies were rebuffed with characteristic cockiness and indifference; its officials accused such persons as supporters of a disgraced and corrupt regime or enemies of the government. They set their own rules and lived in their own world impervious of the world around them and what it was saying. Now the damage is near irreparable, and the economy has passed its verdict: The country is broke and government is running faster backward.
Most Nigerians, nay African politicians and leaders, do not understand the challenge of democracy. Tenured leadership is a race against time; but they usually believe that they have all the time in the world only to be overtaken by time. Hence the common incidence of quest for tenure elongation – remember the third term controversy in Nigeria. President Buhari and his coterie of supporters fell into this trap and are now scrambling for options.

There are some reasons why government is acting like a drowning man, which actually it is: First, the desperation to raise money from whatever sources especially through taxation of some sort despite the fact that most Nigerians are getting poorer is generally difficult to understand except that government is facing an existential challenge. No serious minded, reasonable and purposeful government raises taxes of any kind in a depressed or recessed economy. It means the government has abandoned its sense of responsibility to the people.

Several reports by both local and global agencies, including the recent IMF executive briefing, had warned of grave economic situation in the country, which is reflected in Nigeria being the poverty capital of the world. Thirdly, the doubling of national debt from N11 trillion in 2015 to N24.4 trillion four years later exposes the falsity of government success claims, because you cannot build a good life on debt. Uncontrollable debt either at personal, corporate or national level is a sign of bad behavior and poor judgment.

Lastly with second term before them, government has suddenly realized that the gravy party is over having wasted a golden opportunity offered in the first term which was used in fighting preconceived enemies only to be awakened by the rude shock that it may have failed in the second term before it takes off. It is a humbling and indeed, despairing experience to suddenly realize that the dreams and hopes of a great future and legacy have turned into ashes and a journey to infamy and confronted by the rubbish bin of history.

Such is the dilemma facing this government; though armed with a second term, its options are limited and receding; it is in such a precarious position that it longer bothers with the wellbeing of Nigerians as long as history enters a favourable verdict for it. Unfortunately, history is written from the position and interest of the people and a regime and leader who ignores the people as this government has so brazenly done has already sealed its fate.
How would this government that spent N300 billion in the so-called social investment – out of the N500 billion budgeted – be contemplating raising VAT because it wants money to fund critical projects? What was the impact of the N300 billion “investment”? Three million Nigerians slipped into extreme poverty in the past five months in spite of this huge sum wasted in ill-conceived populism. What will be the impact of increasing taxes on the people, who are already over burdened with the pressures of daily survival?

This government lacks vision, commitment and direction; it is only driven by the tunnel vision of redressing the political and economic imbalance allegedly created by the 16 years of PDP rule. What happened to all the money made by revenue yielding agencies of government such as NCS, FIRS and NNPC? Here is the contradiction: This government has raised more money than its predecessors but it is also spending the money more mindlessly.
For instance, the FIRS generated N5.3 trillion in 2018, more than half of the budget while it spent N783 billion in cost under-recovery of fuel price or subsidy, which is not even in the budget. Although oil price has been marginally above budget benchmark, the Excess Crude Account, ECA, is empty. Again, even with rising revenue government is borrowing as if there is no tomorrow. For a country that got debt relief just 15 years ago to be facing another debt overhang is tragic and evidence of its inability to learn from history.

This government is not likely to succeed and those pinning their hopes on it may be disappointed. And the reason is this: It does not seem to understand the depth of the issues and challenges facing the country particularly economically and to some extent politically. It is fixated on its messianic mission and the self appointed crusade of moral rectitude. However, its words and actions are as wide from each other as heaven from earth.

By repeating their blunder of 2015, Nigerians must accept the fact that this government will fail them – as it did in the first term – and the next four years will pass like the previous four – a nightmare and the years of the locusts. Actually it has less than four years because the politics of 2023 will likely kick off by 2020. It does not matter the caliber of the cabinet or the inclusiveness of the government: the train has left the station; we have to wait for it to get to the destination.