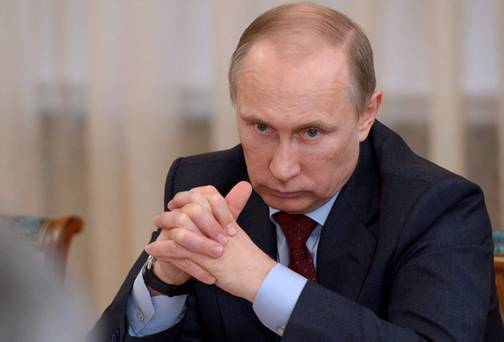 When the current face-off between President Vladimir Putin of Russia and the west led by the U.S. over Ukraine broke out in January, my initial reaction was conventional. I saw it as the malaise of all dictators and the result of power hubris.

Historically, dictators have always been consumed by their personal dominance of their people that they often fall to the temptation of power grab of other nations and countries. Such expansionist irredentism is usually driven by fear of attack and a sense of insecurity, as evident in North Korea, Iran and China etc, and more importantly, by economic pressures.

It was Saddam Hussein’s invasion of Kuwait in 1991 that triggered off the first Gulf war, code named Desert Storm, to flush him out. The world best known cases, such as Hitler and Stalin require little emphasis.

So it is a historical play book that most people understand, but does Putin fall into that mold, and is invasion really the motive for his cause of action? Putin may be a maverick and enigma, but certainly he is not stupid nor foolhardy.

Most observers point to the annexation of Crimea in 2014, support for Assad of Syria, and sponsorship of insurrection in Eastern Ukraine as indications of his true motivation. Obviously, he has left enough pattern of behaviour that warrants the diplomatic hysteria that has trailed his troop amassment on Ukraine’s border.

Putin did all those then because the west was being led by a weak, inexperienced black president in Obama, who was thoroughly undermined at home by his own countrymen, and lacked the moral authority and political legitimacy to project unity and strength in the west, particularly after the political scandals that proceeded from the Iraqi war led by former President George W. Bush. The west is not in such a vulnerable position now.

However, Putin seems to be playing a card that has completely fooled the rest of the world about his intentions. His penultimate visit to Chinese before the start of the Winter Olympics should say something beside the ordinary. Putin is smarter than all those howling at him.
Today, Putin is the longest serving leader of the major powers in the world. With his foreign minister, Sergey Lavrov, all the world leaders look like kindergartens. But President Biden, though constrained by electoral legitimacy propaganda championed by former president Trump, is not in Obama’s precarious situation, having spent almost half a century in political office, and is ready to provide diplomatic leadership.

Consequently, Putin will be insane to invade Ukraine with all the odds stacked against him and Russia. Although Russia has made great strides in weapon and cyber technology, its economy is stii backward and largely dependent on oil, which was evident during the Covid pandemic global recession. A major dilemma with most dictatorships is the subjection of the economy under the demand of political popularity and survival.

It is dispensing political largesse that often sustains dictators in office. With the Russian economy stymied and struggling, Putin needs money to keep funding his social welfare programmes to remain relevant, especially in view of growing restiveness in the country and particularly the election protest in Belarus, and fuel riot in Khazastan recently. Putin is fighting for his own political survival, which invasion that may become protracted, will endanger.

Invasion will worsen the economy and make his position more tenuous. War is not just by military weapons; wars are primarily about economics and finance. Wars have financial and collateral costs, won or lost. So, Putin will not go to war against the west. The Nordic 2 pipeline, which will be his ultimate leverage against Europe, will be jeopardised by any political indiscretion.

His action has already achieved a few positives without firing a shot. He has compelled President Biden, who detasted him, and even called him “a murderer”, for his close association with Trump, to talk with him as equals. Also, world attention has been focused on hin as a demonstration of his claim to leadership in Europe, and capacity to cause mischief and harm. He is saying, “I am here and cannot be ignored”. Major European leaders have visited recently.

He has also moderated, even tempered, NATO’s enthusiasm to incorporate most of Eastern Europe and former Russian allies into its fold. Putin must be aware that what he is asking for is a tall order, but at the same time, he wants to remind them that there a red line. The truth is Russia remains a super power and cannot be dictated to. NATO seemed to have forgotten that fact in its push to enlarge its membership.
Putin has literally killed two birds with one stone. He has forced NATO to appreciate his concerns and set some limits to its membership of former Soviet states; it is also benefiting financially from the political disruption which has spiked oil price to almost a decade high, and starting another oil price windfall.

While the rest of consumer nations such as Europe and U.S. are reeling under energy cost, Russia and other oil producers are feathering their dollar nest. Talk of eating your cake and still have it.