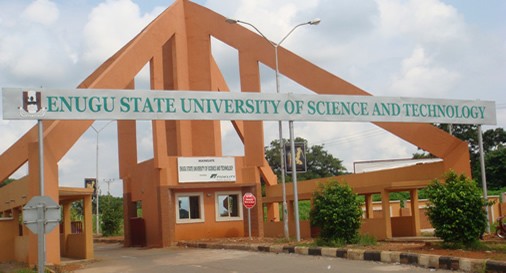 Gov. Sullivan Chime of Enugu State has approved the appointment of Prof. Dennis Onah Christopher as the new Vice Chancellor of the Enugu State University of Science and Technology, (ESUT).

This is contained in a statement signed on Tuesday in Enugu by the Secretary to the State Government, Mr Amechi Okolo.

The statement said the appointment followed a recommendation by the governing board of the institution.

“Sequel to the recommendation of the ESUT Governing Council, the governor and visitor to the university has approved the appointment of Prof. Dennis Onah Christopher as the new Vice-Chancellor of ESUT,’’ it said.

The statement, which said the appointment was with effect from May 21, said the handover should be completed before May 22.

Onah, who hails from Nsukka, was until his appointment, a professor of the Veterinary, Parasitological & Entomology Department of the University of Nigeria, Nsukka (UNN).

He holds a PhD from the University of Edinburgh and was the best graduating student, class of 1981, Faculty of Veterinary Medicine, University of Nigeria, Nsukka (UNN).

He succeeds Prof. Cyprian Onyeji whose tenure has ended.