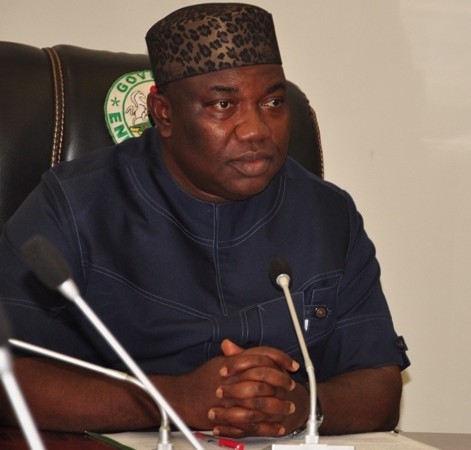 Enugu State governor, Ifeanyi Ugwuanyi, has summoned another emergency security meeting over the massacre going on in communities in Eha-Amufu, Isi-Uzo local government area of the state.

Recall that at least 35 people including heads of local security had been killed in the last one 10 days in Ebor community alone by the herdsmen and their collaborators from Agala in Benue State.

Security agencies led by Nigerian Army have reportedly told the community during the Sunday’s attack that they (security agencies) can’t fight their war.

Between January 5, 2021 and November, 2022, 120 people including women and children had been confirmed killed in communities – Agu-Amede, Mgbuji Ebor and Umujiovu in Eha-Amufu.

Ugwuanyi has repeatedly summoned emergency security meeting involving all the heads of security agencies in the state but nothing happened after the meeting as things continued to exacerbate.

Oruruo in the public service announcement said that the meeting would be held on Tuesday, 20th December 2022 at the Lion Building Government House, Enugu.

It reads, “Due to the latest security concerns in Eha-Amufu communities, Isiuzo LGA and in furtherance with the State Government’s proactive interventions, the following persons are hereby invited to an emergency security meeting with His Excellency, the Governor of Enugu State on Tuesday, 20th of December 2022 at Government House, Enugu.

“The Bishop representing the members of the Clergy from Eha-Amufu. All other leaders nominated by the various communities in Eha-Amufu.

“All invitees to this crucial meeting are expected to be seated by 2pm on Tuesday, 20th December 2022 at the Lion Building Government House, Enugu.”