Home Lifestyle Checkout PHOTOS Of Buhari Having A Nice Time With The Emir Of... 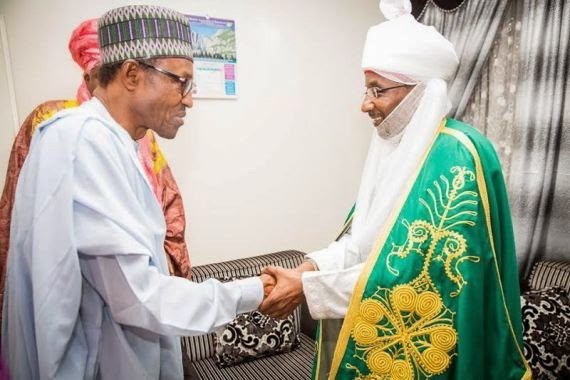 Since Muhammadu Buhari’s victory in March 28 presidential election in Nigeria, he has been receiving courtesy visits from dignitaries.

On April 21, Tuesday, the Emir of Kano, Alhaji Muhammad Sanusi II, paid a courtesy visit to the president-elect in Kaduna.

The former CBN governor visited to congratulate him on his victory in the March 28 polls.

See the photos below:

About a week ago, the Emir of Kano had called on the elected leaders to have fear of God in the discharge of their duties, noting that democracy would prosper only when those in power ensure fairness among the citizens irrespective of their ethnic or religious backgrounds.