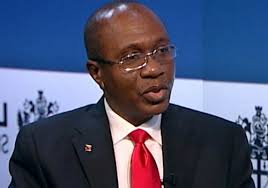 The Central Bank of Nigeria (CBN) has overruled the Financial Reporting Council of Nigeria (FRC) on the suspension from the board of Stanbic IBTC of its chairman, Mr. Peterside Atedo and the Group Managing Director, Mrs. Sola David-Borha, over allegations of misreporting in the audited accounts of the bank for 2013 and 2014.

The FRC had also suspended Mr. Arthur Oginga and Dr. Daru Owei, two directors of the bank for their roles in the alleged misleading financial statements. Also affected by the FRC order was Mr. Ayodele Othihiwa of KPMG Professional Services for alleged complicity.

The FRC also directed the directors of the bank to withdraw the financial statements of Stanbic IBTC Holdings Plc for years ended 31st December 2013 and 2014 and restate them in accordance with the law.

The CBN’s reversal contained in a letter to the FRC by the apex bank governor, Godwin Emefiele is reproduced below:

I write in response to your letter dated 26th October 2015, with reference number FRC/2015/DIM/REGULATORY/001, in which the CBN was notified of a Regulatory Decision (RD) by the Financial Reporting Council of Nigeria (FRC) against Stanbic IBTC Holdings Plc (SIBTCH) over allegations of infractions contained in SIBTCH’s Financial Statements (FS) for the year ended 31st December 2013 and 31st December, 2014. The said letter also requested the CBN to sanction SIBTCH for alleged infractions.

The CBN understands that both the Final Notice and Regulatory Decision were based on the FRC Act NO.6 of 2011 and Regulation 21 of the FRC Guidelines/Regulations for inspection and Monitoring of Entities 2014 (the Regulations). On the strength of this understanding, we have carefully reviewed these underlying documents, as well as the financial statements of SIBTCH which are in contention. In addition to relying on our Routine Examination Reports on SIBTCH for 2013 and 2014, we have revisited the bank to scrutinize all underlying records relation to these financial statements.

Consequent upon these due diligence measures, we have the following comments and reactions to the allegations leveled against SIBTCH as contained in the Final Notice.

Contrary to the allegations of the FRC that Stanbic IBTC (SIBTC) did not obtain approval from the National Office for Technology Acquisition and Promotion (NOTAP) for the payment of affiliate software license, our review revealed that the bank actually obtained the necessary approval from NOTAP to pay affiliate software license from the Standard Bank South Africa (SBSA), for a period of three years covering 1stJune 2012 to 3oth May 2015. The remittance from June 2015 to date is still awaiting approval from NOTAP.

With respect to the allegations of lumping several expense items under “Others”, we are of the view that the items were not material enough to appear as line items in the Income Statements  and that the non-disclosure of the items did not materially affect the true and fair view of the financial statements.

We agree with FRC that SIBTC erred in the classification of some line items. However, the identified misclassifications did not understate or overstate its assets and liabilities, neither did it increase nor decrease its income or expenditure, such as would have caused a material misrepresentation of the financials.

SIBTC used its judgment to capture the donation of N275 million under “Others” because it was of the opinion that it was not a charitable donation but a mandatory contribution towards the victims of terrorism in the country. For the avoidance of doubt, this contribution was agreed at a Bankers’ Committee Meeting with the share for each bank clearly spelt out. Therefore, we agree with SIBTC’s position, as presented.

Contrary to FRC’s conclusions, our review of IAS 37 and IAS 32.19 indicate that SIBTC had an obligation to accrue the relevant provisions toward the settlement of the franchise and management fees as agreed between it and SBSA

Without prejudice to the foregoing financial issues, the CBN is concerned about the apparent failure of the FRC to follow due process as laid down by its own FRC Act and regulations, in arriving at the regulatory decision, in this regard, the bank wishes to make the following observations:

In conducting investigation to possible breaches of the FRC Act and/or the Regulations, the FRC is required to give the Entity concerned sixty (60) days from the service of the Final Notice to restate its accounts where both the Panel and Entity agree on the need for restatement. In this case, our understanding is that FRCN called a meeting with the board of SIBTCH at 11.00 a.m on the 26th October, 2015. But rather than holding the meeting, FRCN went ahead to convene a press conference at 8a.m on the same day to announce its sanctions against SIBTCH. Our review further indicates that both FRC and SIBTCH did not agree on a need for restatement of the accounts before the sanctions were announced.

According to the FRC Act, an entity is only punishable under the Act upon conviction by a Court of competent jurisdiction. Yet, in issuing the Final Notice, the FRC had already meted out some punishments to the affected entity, without any conviction by a court.

iii. While FRC may, following approval of the Minister, review applicable fines, there is no power for compounding offences and imposing penalty in lieu of conviction as was done in this case.

Both the FRC Act and the Regulations provide for the outcome of the investigation to be made known to a registered professional or a public interest entity and a right of appeal to the Technical and Oversight Committee before resorting to prosecution. In this case, however, there is no evidence that time was allowed to elapse for the appeal process before the imposition of sanction.

The Regulation provides that if the Entity fails to accept FRC’s position at the end of a Notice period, the Council shall institute legal action against the entity, rather than mete out sanctions. Yet, in this case, sanctions have been meted out without evidence that legal action has been fully exhausted.

A combined reading of both the Act and the Regulations shows that there are three types of sanctions that may be imposed for contraventions by Entities.

Imprisonment for a term of years.

Deregistration of a professional or issuance of a Warning Notice.

There is, however, no authority for suspension of registration of a professional as was done in this case.

We are seriously concerned that such a drastic Regulatory Decision could be taken on an entity under the regulation and supervision of the Central Bank of Nigeria (CBN) without any form of consultation with the Bank especially as the CBN is responsible for promoting a Safe, Stable and Sound financial system. Yet, such a Regulatory Decision and the manner of the announcement is not only capable of eroding investor confidence but also inimical to financial system stability. Indeed, the FRC’s ability action has already precipitated a fall in the value of the shares of Stanbic IBTC by about 18 percent since the announcement of the Regulatory Decision.

In the light of the foregoing facts, which clearly show that FRCN did not follow due process, the Bank regrets to inform you that it is unable to accede to your request to take disciplinary action against SIBTCH. Indeed the CBN does not see any reason to advice/compel SIBTCH to obey the sanctions meted to it by the FRCN.

The CBN would, however, continue to take all necessary steps to protect the interest of depositors and to ensure the safety and soundness of the financial system.

In the interim, please accept the assurances of my kind regards.

Chairman, Board of Directors, SIBTCH