Socialite, Obi Iyiegbu, alias Obi Cubana, has said he doesn’t use Twitter, a microblogging platform and that accounts bearing his name on it should be disregarded.

A Twitter user have been impersonating the 47-year-old entrepreneur on the microblogging application by using his name.

The impersonator has been running the account, which has over 37k followers, for months and repeatedly posting content to give users the impression that it’s Cubana handling the page.

But in a recent Facebook post, the business tycoon called on the public to disregard the page which he said is “fake”.

Meanwhile, the impersonator has now added “Parody” on his bio to indicate that he using the account as a parody account. 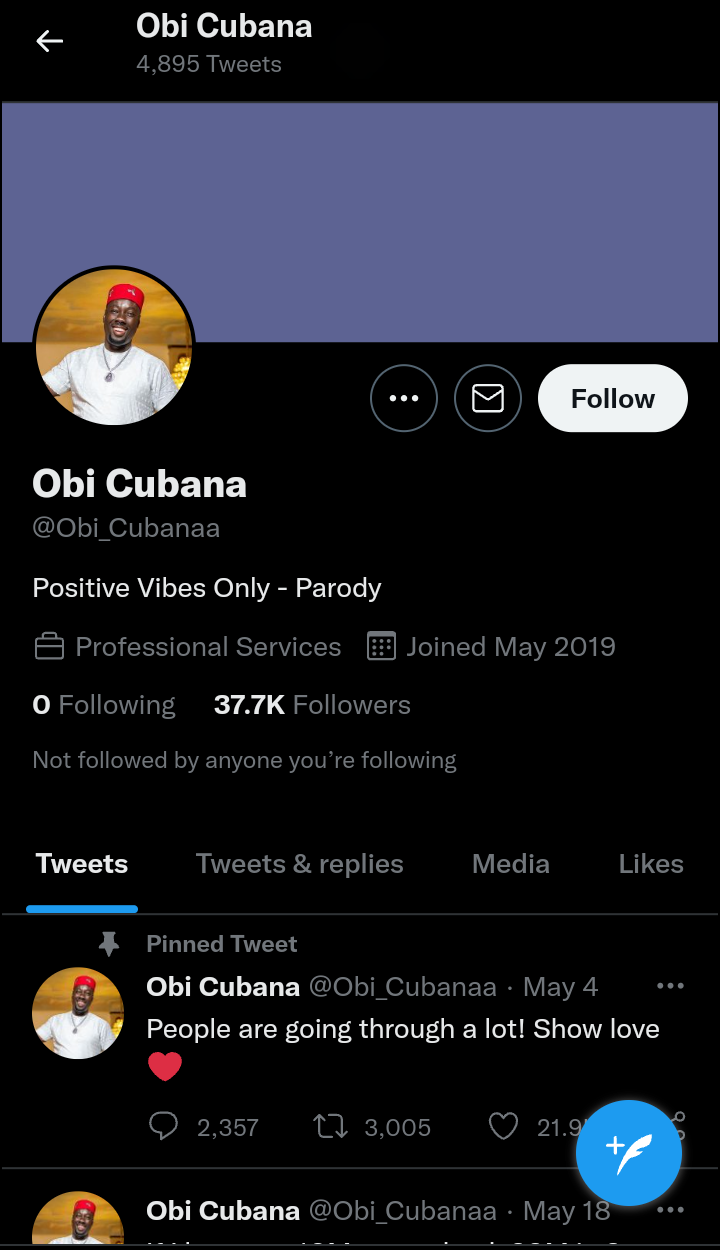