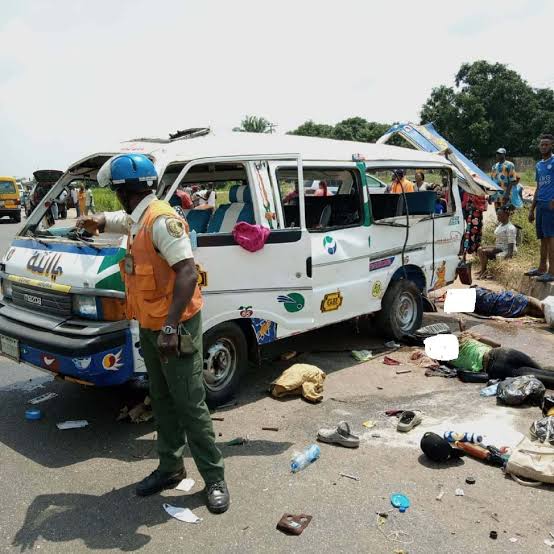 No fewer than three persons, among them, a toddler lost their lives in an auto crash along the Lagos-Ibadan Express Road on Tuesday m

Akinbiyi said, the accident occurred around 2:05pm, pointing out that the accident was caused by tyre burst which resulted into the bus somersaulting several times.

Akinbiyi said, “six persons comprising of four female and two male got injured while a toddler, a 6-year-old girl and another female died in the accident.

”We learnt that the commercial bus was coming from Kwara State inbound Lagos when it had a tyre burst due to excessive speeding with a female toddler loosing her life immediately, while a 6- year -old girl and another female died later at Idera Hospital, Sagamu”. he added.

The TRACE spokesman stated that the injured victims were receiving treatment at Idera Hospital, Sagamu.

He said corpses the deceased were taken to Fakoya private morgue in Sagamu.