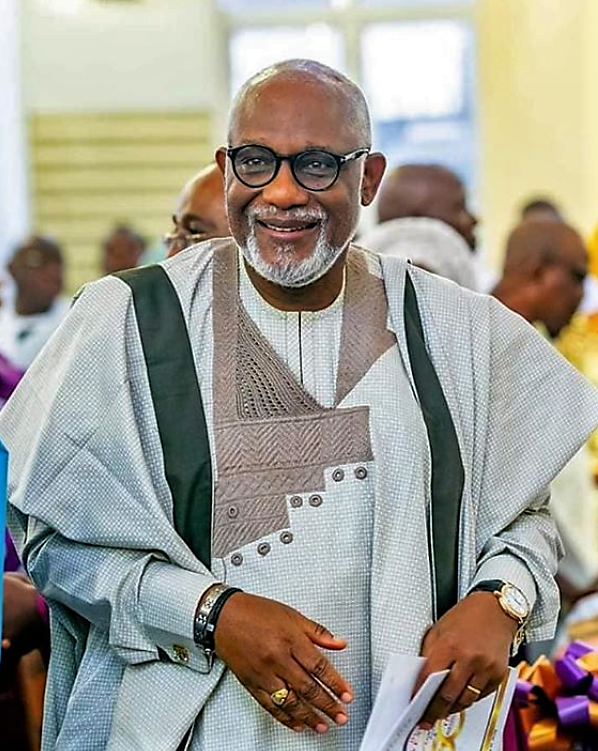 Ondo State governor, Rotimi Akeredolu, has maintained that restructuring remained the only solution to the country’s developmental problems.

The governor argued that states and local governments could not continue to depend on handouts from the federal government to survive, as according to him, it is not sustainable.

Akeredolu said the present federal system of government had been skewed had eroded the identities of the states of the federation.

The governor stated this on Monday at an event organised to honour living heroes of the states who were involved in the struggle for the creation of the Sunshine State.

“We must not opt for the opportunistic path of political correctness which predisposes us to ambivalence when principled stance on issues of national development is discussed,” Akeredolu said.

“The states of the federation cannot continue to depend on hand-outs from the Federal Government for even the payment of workers’ salaries.

Chief Olu Adeyemi, former Secretary-General of the Afenifere, among others, were some of the heroes of the state that were honoured.

Addressing the honorees, the governor said, “We celebrate you, most enthusiastically, for your vision. We remember the departed elders who have gone to join our ancestors.

“I must not fail to express gratitude to the past leaders of this State, and by extension, those of our sister state, Ekiti, for their contributions to her development.

“We acknowledge their roles as pivotal to the advancement of this State within the permissible limits of the current political configuration in the country. We shall continue to insist on the best arrangement for our people in the Nigerian Federation.”

Responding, one of the honorees, Basorun Arogbofa, thanked Governor Akeredolu for reminding them and reassuring them that they fought a good fight for the creation of the state.

He also commended the governor for implementing the programme of the founding fathers of the state which according to him, included; provision of security for the people; deliberate industrialisation of the state.