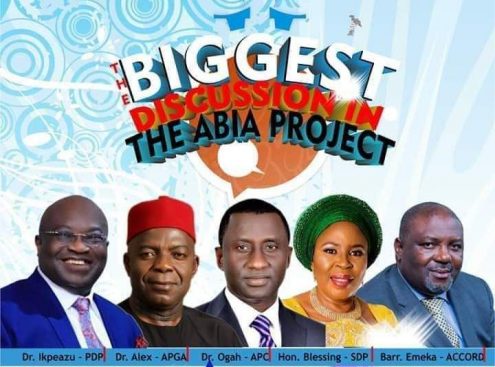 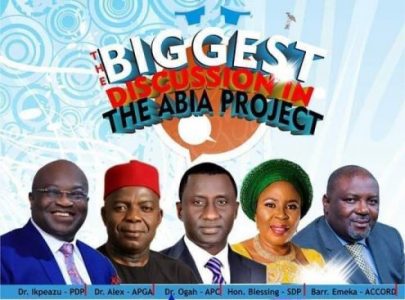 Eventually, the charged atmosphere, caused by the just-concluded 2019 general elections in the country, has settled. It has produced winners and losers. While the winners have received their Certificates of  Return from the electoral umpire, Independent National electoral Commission, INEC,  and now in the euphoria of jubilation and celebrations; the losers are either taking their loses in good fate or  giving briefs to head  for the courts to reclaim their supposed mandates.

The 2019 general elections, expected to be free, fair and credible and possibly different from others, at last, turned -out to be the same “business as usual”.  The elections, despite the proposed military Operation python dance (Egwu Eke) in session to checkmate excesses of electoral malpractices and the executive command from President Buhari to deal ruthlessly with any election offenders, were still riddled with all forms of electoral mal-practices.

Because the military were conspicuously absent at polling and collation centres, the last governorship and House of Assembly elections of March 9 witnessed voters apathy, widespread interception of huge cash stocked in sacks/bags used for vote buying, violence, ballot box snatching, use of dangerous weapons to chase away members of the opposition parties from Polling units, supposed massive use of prepared election results, missing names and a lot more.

In Abia state, despite the foregoing, Dr. Okezie Ikpeazu still won the election to do his second term as governor. The Independent National Electoral Commission, INEC, had announced Dr. Okezie Ikpeazu of the PDP winner of the 2019 governorship election for Abia, having scored the highest valid vote of 261,127 votes, and having met the requirements as stipulated in the 2015 Electoral guidelines(as amended); and hereby declared  governor-elect of  Abia state, as announced by the Returning officer, Professor Benjamin Ozurumba. The second runner-up,  Dr. Uchechukwu Sampson Ogah of the All Progressives Congress, APC, scored 99,574 votes , while Dr. Alex Otti of the  All Progressives Grand Alliance, APGA got 64,366 votes to come third.

Both Alex Otti, Uche Ogah and their respective parties have since rejected the results of the governorship election in Abia state ,describing  the declaration by INEC, as a sham, fraud, day-light robbery  and a rape of democracy.

It will be recalled that Prof. Ozurumba was also the same  INEC Returning officer who reversed himself in  Results from three Local Government Areas, when  allegedly under pressure, in the 2015 elections, which led to a three-year protracted legal battle in Abia state and the ceding of mandate to Ikpeazu.

As a  demonstration of their dislike for whatever Prof. Ozurumba was reeled-out, both  Otti, Ogah and their party faithful angrily walked out of the Collation centre, midway into the  collation. Their anger being that there were serious mutilations on Results sheets.

According to the parties, figures on  some Result sheets presented  at Collation centres  did not  tally with those on Copies of Result sheets  handed over to party agents at Polling Units. There were suspicions that the figures must have been altered in-between the two locations.

However, other results so far declared by the INEC within the week were the Senatorial, Federal  House of Representatives and State House of Assembly. Dr. Orji Uzor Kalu of the APC was declared winner for Abia-North senatorial district, having swept aside the incumbent Mazi Mao Ohuabunwa of PDP, under his planned ‘Broom Revolution’ in Abia. The other results were for Senator Theodore Orji for Abia-Central and Sen. Enyinnaya Abaribe  for Abia-South; both of the PDP. The two retained their positions in the Senate.

One peculiar remark about the Abia state representatives at the Senate is the fact that when Dr. Orji UzorKalu was governor of Abia state, Enyinnaya Abarribe served as his deputy, while Chief T.A. Orji was the Chief of Staff. Now the trio have found themselves in the Senate.

However, Ikpeazu achieved his victory, possibly, as a result of three factors that played –out just few days to the D-day. Firstly, was the romance with the ABIA CHARTER OF EQUITY, crafted by the Founding fathers of the state. The fathers had proposed rotational arrangements among the three senatorial districts of Abia state for governorship position; but pleaded that the Charter be domesticated by the Abia House of Assembly to make its implementation feasible and smooth.

Till date, that Document has not been legalised through law as requested by the Fathers . It is only the Peoples Democratic Party, PDP, as a political party, that is experimenting on that Document, courtesy of former state governor, Senator Theodore Orji. By the calculations of the PDP, the governorship position was ceded to Abia-South zone.  Other parties are still going about that position on ‘survival of the fittest’ yet, probably waiting for actions from the House of Assembly.

Secondly, the Ukwangwa  factor, championed by a former governorship candidate of APGA in the 2011 election in Abia state, Ochiagha Reagan Ufomba and the most  respected and revered traditional ruler in Ukwangwa nationality, Eze Bernard Enweremmadu.  Ukwangwa comprises nine (9) LGA’s,while old Bende has eight(8).

So, it was like, why can’t we use this numerical strength to our advantage now? It became a sort of command for all Ukwangwa sons and daughters, wherever they lived, to come home and deliver one of their own, whose position and existence of the Ukwangwa nationality were threatened. In response to the clarion call, all civil servants, especially, permanent secretaries, directors and the would-be’s on political appointees led the march-home order en masse to rescue their own.

A similar call on the Ukwangwa’s surfaced in 2011,when Reagan Ufomba (who is of Ukwangwa stock) contested the governorship seat  against Chief Theodore Orji(from Old Bende, who was then running for his second tenure. But all Ukwangwa’s abandoned one of theirs, Reagan, and threw their weights behind the then Governor Orji, who won to serve-out his tenure.

Reacting on this stance of Ukwangwa people now, Reagan  said: ”The take-away I am giving to Ikpeazu(the fight to enthrone Ukwangwa-man) is to repay evil with good. We need a lot of cohesion in Abia. Today, we have achieved cohesion, between Old Bende and Ukwangwa. This has been made possible by having an excellent personality like Eze Enwerenmadu who knows it all and still retains his prestige and linkages…”

The third and strongest factor that played out was that both Otti and Ogah under-rated the power of the incumbent as a sitting governor. Even though the two were loved and admired by Abians for what they are, as adjudged in the five separate debates organised by different organisations and institutions to decide who will serve Abians better, none agreed to bow-down  in order to form a formidable force to confront Ikpeazu, until late.

Pundits say Otti and Ogah ought to have formed that common-front early enough. But by the time they realised themselves, the battle had been fought, won and lost.

But at a joint -press conference in Umuahia, after Ikpeazu had been declared winner, Otti and Ogah, in a release signed by both of them, called on INEC to cancel the governorship election in Abia and order for a fresh election, which should be closely monitored and supervised by  credible persons and institutions. They alleged that INEC merely implemented the guidelines of the PDP-government of Abia State in the just-concluded election.

According to them; “Results got from various Local government Areas were not the true reflections of Abia people.  In most Polling Units, the number of voters were far in excess the number those accredited to vote in those places.

“Figures on Result sheets were mutilated to favour the PDP in Abia; even when  the opposition had  raised alarm that INEC was favouring PDP.  The INEC adhoc staff recruited for the exercise, were card –carrying members of the PDP. Again, the appointment of Ozurumba as Returning Officer  in the  2019 elections was not in order.

INEC should have  appointed another person as returning officer in Abia , in view of the 2015 experience. The opposition parties only knew about Ozurumba’s appointment, just  few hours to the March 9 governorship and State House of Assembly elections.  In spite of protest by the opposition political parties, against the appointment of Ozurumba , the INEC office still allowed him to execute the 2019 election.

“Even In the event of failure of the Card Readers, as experienced in parts of the Abia , INEC  did not apply for replacements.  Results compiled at Polling Units were altered before they reached Collation centres. In most cases, Results cast at  LGA’s did not tally with Result sheets brought to Collation centres. Some Polling officers from Obingwa, Osisioma and Ugwunagbo  have confessed and confirmed this.

“We, therefore, reject the Results of the 2019 Governorship election in Abia in its entirety. We demand  its total cancellation. We are willing to present ourselves for election anytime INEC calls us to do so”.

As Dr.Otti put it: ”The Returning officers were under the control of Abia state government functionaries, appointed for that purpose. We do not accept this. INEC in Abia state implemented a different Official Electoral guidelines to favour the state government, which eventually compromised with the INEC and most of the security operatives to perfect their rigging plans”.

”What played-out was electoral robbery, chasing agents  of other political parties by PDP faithful, use of machetes to pursue other party-faithful at Obingwa, Ukwa, Ugwunagbo,  Osisioma, etc. It was a manipulation by INEC and PDP”.

In his reaction, Sir Don Ubani, Publicity secretary of the PDP in Abia, denied that the governorship results were manipulated and that the INEC adhoc staff and security operatives were compromised.

“They can go to court to seek redress if they are not satisfied with the INEC declaration.  While the opposition parties were busy “making noise and expecting Armoured Tankers to adorn  all routes  in their support”, the PDP went  into mass mobilizing at the grassroots”.

Some commentators who witnessed the last general elections have come to a conclusion that until Electronic voting is introduced in Nigeria’s electoral process to checkmate excesses, rigging and other electoral mal-practices will never stop.

In another vein, majority of Abians and residents interviewed for this work are of the opinion that Otti and Ogah should accept the verdict of the election as declared by the INEC in the interest of the people of Abia.

They reasoned that going for legal battle will launch the state into another period of distraction for Governor Ikpeazu  as well as  put the financial disposition of Abia state, developments  and welfare of workers, pensioners and citizenry in jeopardy.