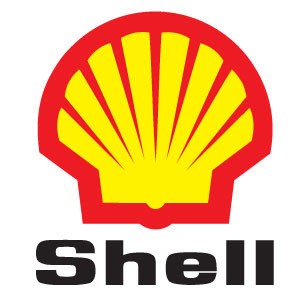 The Shell Petroleum Development Company of Nigeria Limited, SPDC, has disclosed reasons why it abandoned some MoU projects in Umuakwuru Community in Etche Local Government Area of Rivers State.

Recall that Umuakwuru community recently pointed accusing fingers at the Dutch multinational for neglecting and abandoning the Memorandum of Understanding which the company had with them, despite operating 150 oilwells in the community.

The community particularly said that road construction, townhall, water scheme, cottage hospital, school renovation, award of scholarahips and an integrated waste management facility, IWMF, which are in the MoU they had with SPDC, have all been abandoned by the oil firm.

Paramount Ruler of Umuakwuru Community, Eze Innocent Nwosu, said that SPDC escavated roads and drainage in the area, without reconstructing them, thereby causing flood and erosion in the area, despite a court order compelling the oil firm to complete the projects.

But SPDC has explained why the projects were abandoned, saying that though the company does not have any facility in Umuakwuru community, construction of the IWMF was stopped due to strong opposition from some leaders of the community.

SPDC Spokesperson, Mr. Michael Adande, admitted that construction of the said road and drains was abandoned by SPDC, as they were not community projects, but rather projects associated with the IWMF, thus were discontinued when the project was stalled.

Adande also disclosed that the water scheme built by SPDC was vandalized by hoodlums and the scheme packed up; while for the school project, the community failed to get government’s approval to build and run a secondary school.

“The following are details on the projects allegedly abandoned by SPDC; The Health Centre – was built by UNDP. Primary School – built by Rivers State Government and is still being managed by the government.

“Neighbourhood water scheme with fetching points built and completed by SPDC and used by the community until some unknown persons vandalised the sumo pump and the scheme packed up. During the Sustainable Livelihood Assessment, the water scheme was not listed as a priority.

“Road and Drains – these were not community projects but rather projects associated with the IWMF but discontinued when the project was stalled.

Anyim never wanted me to be governor, but for Patience Jonathan...