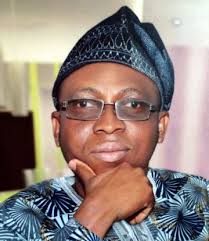 The West African Examinations Council (WAEC) on Monday said that it had withheld the results of government sponsored candidates in 13 states indebted to it, as it announced the 2015 May/June WASSCE results.
The WAEC’s Head of National Office (HNO), Dr Charles Eguridu, made the remark at a media briefing in Lagos.
WAEC, on July 27, had urged 19 states indebted to it over candidates’ registration fees for the 2015 May/June West African Senior School Certificate Examination (WASSCE) to pay up, or risk getting such results withheld.
Eguridu, however, said that only a few of the debtor states responded by paying their debts fully or partially.
He said that few other states made promises, indicating their willingness to pay as soon as they were able to do so.
The official said that some of the debtor states had not made any effort in addressing the issue.
“After reviewing the situation, the council has decided that the results of government-sponsored candidates of indebted states will only be released if such states endeavour to produce advanced payment guarantees from reputable banks.
“This is to assure the council that these fees will be paid.
“This decision is in appreciation of the general prevailing economic challenges in the country; and in order not to jeopardise the educational careers of the candidates of the indebted states,” he said.
Eguridu said that already, some representatives of the Governors’ Forum had met with the management of the council over the issue, with a promise to pay.
He said that 118,101 of the overall 1,605,245 candidates, who registered and sat for the examination, had their results withheld, in connection with various cases of examination malpractice.
According to him, the cases are being investigated, and reports of the investigations will be presented to the Nigerian Examinations Council (NEC) of WAEC in due course, for consideration.
He said that the committee’s decision would be communicated to the affected candidates through their schools.
Eguridu said of the total number of candidates who sat for the examination, comprising 864,096 male and 729,346 female, 1,498,069 of them, representing 94.01 percent, had their results fully released.
He said that 95,373 others, representing 5.99 percent, had a few of their subjects still being processed due to some errors, mainly traceable to the candidates and schools, in the course of registration or writing the examination.
”Such errors are being corrected by the council to enable the affected candidates get their results fully processed and released subsequently,” he said.
Eguridu said that 758,849 others, who sat for the examination, obtained six credits and above, while 949,862 candidates, obtained five credits and above.
He said that 1,114,988 others obtained credit and above in four subjects, while 1,295,915 candidates obtained credit and above in three subjects.
The HNO said that 1,376,743 candidates obtained credit and above in two subjects.
He said, however, that 616,370 candidates, obtained credit in five subjects and above, including English Language and Mathematics.
The official said that the figure was a slight improvement on results of candidates with five credits and above, including English language and Mathematics, compared to the 2014 results of the same examination.
Eguridu said that 20 of the 109 blind candidates who registered and sat for the examination obtained credit in five subjects, including English Language and Mathematics.
He said that the examination was conducted against all odds, which included security, logistics and fuel shortage, among other challenges.
The Head of Office said that the council extended the conduct of the examination to four centres in the Republic of Benin and one other in Cote d’Ivoire, sequel to calls by Nigerian stakeholders in those countries.
Eguridu said that due to the high incidence of lost or missing certificates, the council had introduced ‘Attestation of Results’ which could be obtained on request, to serve as replacement for lost certificates as it does not issue certificates twice.
The HNO said that candidates who sat for the examination would be able to check the details of their results on the council’s website. (NAN) 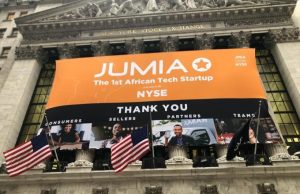